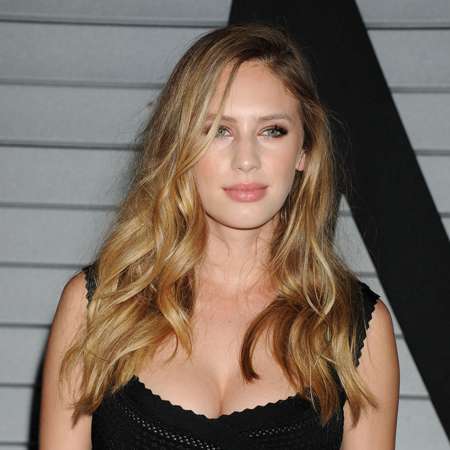 Dylan Frances Penn was born on April 13, 1991 and she is 24 year by age. Dylan was born in Los Angeles, California, United States and she was raised in Ross, a town in Marin County, California. Penn is a daughter of Sean Penn and Robin Wright. Her father is an Academy Award winner actor and her mother is a Golden Globe Award winner actress. She is white according to her ethnicity. Penn’s nationality is American. She has a younger brother name Hopper Jack Penn, who is also an actor.

Dylan Frances Penn attended Marin Academy and after he high school she move to live in New York. In the early days of her career she worked as a restaurant hostess as a freelance screenplay editor. In New York she worked as an intern at an advertising agency.

Penn was raised to fame after she dated with American actor Robert Pattinson, though the relation was not serious according to her. Later in 2013, she started her modeling career for Gap. At the end of the 2013 in December, she was featured in an international monthly men's magazine GQ. In March 2014, Penn was featured in the Elle as cover page model, a magazine which focuses on fashion, beauty, health, and entertainment.

According to the American basic cable and satellite television channel E! she refused to pose for the cover of Playboy even at the offer of $150,000. In April 8, 2014, Penn appeared in the treats! after photographer Tony Duran convinced her to post in the magazine. Penn was also included in the Hot 100 list of an international men's magazine Maxim in May 23, 2014.

Penn made her acting debut from the horror film The Condemned, where she appeared in the role of girlfriend of a band member. The movie was released in 2015 and she gained huge popularity from the movie. The critics of Los Angeles Times described her performance as extraordinary. Penn is to be featured in American comedy-drama film Elvis & Nixon in 2016.

Dylan Frances Penn is very beautiful blonde and she has been linked with several super stars in the past, though her current relational status is a s sumed to be single. Penn’s sexual orientation is straight.

There were several rumors relating Dylan Frances Penn’s affairs with an American super star actor Robert Pattinson, as they were spotted in several locations together. Later the news of their hook up disappeared as no one confirmed about the relationship.

Dylan Frances Penn later started a dating relation with an American actor and model Steven R. McQueen in 2013. They remained total a year in a relationship and she separated with her boyfriend in 2014. As being a part of celebrity family, she often attends movie events and several movie awards with her parents.

Dylan Frances Penn has perfect body with measurement of 34-26-36, and her height is 5 feet and 7 inches. Penn’s weight is 59 kg. Penn’s net worth and salary is not updated yet. Pen’s bio is updated in wiki.