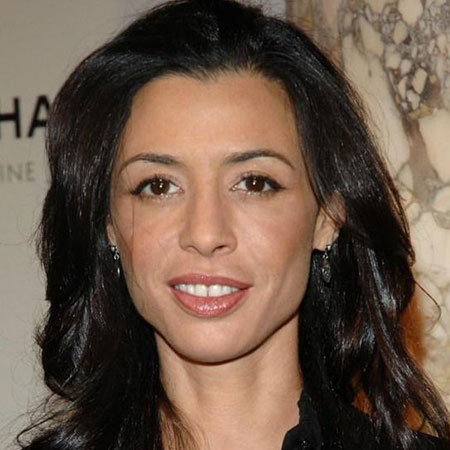 Born with the silver spoon, Drena De Niro is an American actress, a DJ, fashion consultant, and filmmaker. D Niro is popular for her work in films like The 24 Hour Woman, City by the Sea, The Lovebirds, Hands of Stone, and A Star Is Born. Drena also grabbed both media and public attention as a daughter of Hollywood legend Robert De Niro. Besides, she was also a spokesperson for the Kageno Orphan Sponsorship Program in 2006.

Drena De Niro was born on 3rd September 1967 in New York City, New York, the United States to actress Diahnne Abbott. She was born under the birth sign Virgo. She was adopted as a child by Robert De Niro who was married to Diahnne at that time.

Fun Fact: Her name Drena was named after the river named the Drina which is featured in the Nobel-winning book named The Bridge on the Drina.

She holds an American nationality and belongs to a mixed (Antiguan- African- Creole) ethnicity. Furthermore, she studied acting from Larry Moss, author of Intent to Live who is also an acting coach, and Susan Batson of The Black Nexxus Acting Studio.

Niro spent her early childhood days in the family of multi-talented people. While growing up, De Niro divided her time between New York, Los Angeles, and Italy.

Journey From Modeling To Acting

Soon after her graduation, Drena began her career as a model and started working for New York Fashion Week and later collaborated with many New York’s top designers like Patrick Kelly, and Willi Smith.

Later, she modeled for Jean Paul Gaultier and Vivienne Westwood, and also worked as a contributing editor at Mademoiselle. Moreover, she also became a fashion consultant for Hollywood celebrities. Likewise, she also became the musical supervisor for Giorgio Armani.

In 1966, De Niro debuted in Hollywood with Grace of My Heart where she played as Receptionist #1. The following year, she was cast as Gate Stewardess in a black comedy Wag the Dog, along with her father and other stars like Anne Heche, and Woody Harrelson.

Likewise, Drena made her television debut in 1998 soap opera, Witness to the Mob as the girl in a beauty shop. Later she also voiced in 2002 short TV movie The Groovenians.

In Addition, she also directed the 2001 PBS’ short doc u mentary Girls and Dolls for which she earned the Best Directorial Debut for Doc u mentary Award at the 2001 New York Independent Film and Video Festival. Also, she produced the 2009 Indian family-drama Karma, Confessions, and Holi.

The talented actress and model, Drena De Niro has earned a handsome sum of money from her multi-dimensioned career, however, her exact salary and net worth are still under the radar.

It is reported that an average American actor's salary starts from $19k and can go up to $220k with a median bonus of $1,005. So, we can speculate Drena De Niro also earns in the same range.

According to the sources, the average annual salary of a model is estimated to be around $42,180 which may vary based on levels of tenure. Likewise, a fashion consultant earns an average salary of $39,258 per year.

Like many other celebs, Drena has also been following her father's footsteps and worked on numerous hit projects. Especially, the actress' role in a 2018 box office hit movie A Star IS Born earned her huge fame. The movie grossed over $435 million in the box office against a $36 million budget.

Drena De Niro is reportedly single at the moment. However, she was engaged to American photographer, Austin Young previously. They also share a child, Leandro De Niro Rodriguez born in 2004, who was starred in the 2018 American musical romantic drama film, A Star Is Born as Leo Stone.

In 2011, Niro's former fiancé Austin Young blamed her for striking him in New York City. The incident allegedly took place when Austin was out to walk his dog and was confronted by Drena who surged over and began to punch him.

According to an eye-witness' account, Austin’s dog got loose and he began chasing after it while De Niro out of nowhere started chasing Young down the street, hitting him and also ripped his shirt. Later, Young told the media that they were engaged briefly, however, she called off their engagement as her father, Robert De Niro, disapproved of their relationship.