Douglas High School Students Organizing 'March For Our Lives' In Washington DC: Here Is All You Need To Know About The Event 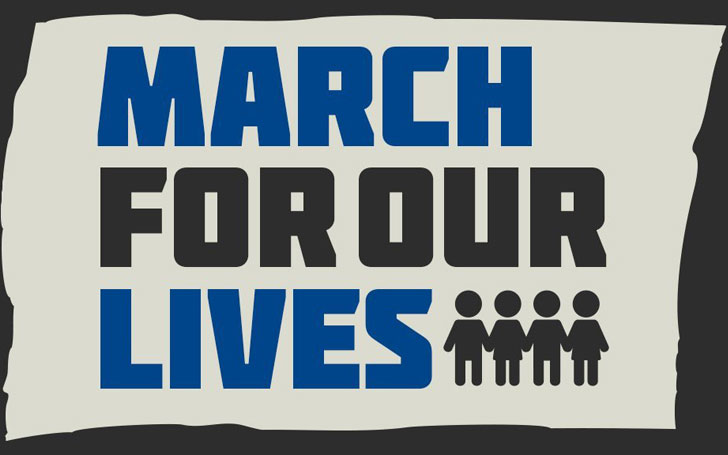 The Douglas High School mass murder is still fresh in our mind! The Parkland Florida shooting, which soaked the entire world in mourn,  left 17 died, including students and teachers.An expelled student, Nikolas Cruz, 19, opened gunfire randomly onto the high school students on February 14, 2018.

Multiple media and senior authorities asked the American government to reconsider their gun policy, on which the government is still to think. However, the High School students and other mass are taking the matter into their hands-are organizing a non-violent protest March For Our Lives.

What Is March For Our Lives?

The students from the Douglas High School are organizing the non-violent protest against the Florida High School massacre, on Saturday, 24th March in Country capital Washington D.C.

The shooting happens to be the deadliest high school shooting in the American history.

Students, as well as other citizens, have been protesting the gun policies of the United States ever since the mass shooting took place.

More than 500,000 people are reported to join the march on Saturday alone. The major march is scheduled for the capital at around 10 in the morning (ET) and the sister marches are also taking place across the country on the same day.

More than five singers including Lin-Manuel Miranda, and Benn Platt are set to perform at the March in D.C. Miley Cyrus, Demi Lovato, Ariana Grande, Jennifer Hudson, Vic Mensa, Andra Day, and Common are other singers who will perform in the march.

The March for Our Lives took to their official Twitter to announce the above-listed singers will be performing in the march.

We’re so excited that @Lin_Manuel and @BenSPLATT will be performing on Saturday in DC! Thank you both for this beautiful @HamiltonMusical and @DearEvanHansen mash-up, “Found/Tonight.” Proceeds go to #MarchForOurLives. Stream & download here: https://t.co/isNrToK86L pic.twitter.com/y8kgPM6kIz

The performances and the speech program are reported to begin at around noon and will be terminated by 3 pm. However, the march organizers have not released the schedule of the whole program.

With around half a million people taking part in the march in Washington D.C., there will be significant traffic jams on the street while some of the streets are completely closed for Saturday. According to the sources, many streets are set to be closed as early as Thursday, and Friday.

CAPTION: The full map of roads that will be closed and during March SOURCE: Curbed DC

Major Motive Of The Protest

The major motive or we can say demand for the protest rally is to compel the US government to reconsider their gun policy. As per the current law, any US citizen above 18 can buy and take the license of the gun. Rifles and advance guns can be easily bought in many states of the USA.

Protestors have been demanding to increase the legal age to 21 instead of 18 and bolster the background check. Moreover, they are demanding to give the rights to the police so that they can seize weapons from the risky person, however, many politicians are against these demands.

The students demanded that,

Their lives and safety become a priority and that we end gun violence and mass shooting in our schools today.

Glance At The Parkland Shooting Victims

When ex-student of the Douglas High School, Nicolas Cruz opened the gunfire, 17 innocent people were left died. First identified man among the 17 victims was Aaron Fels, the assistant football coach who died while protecting other students.