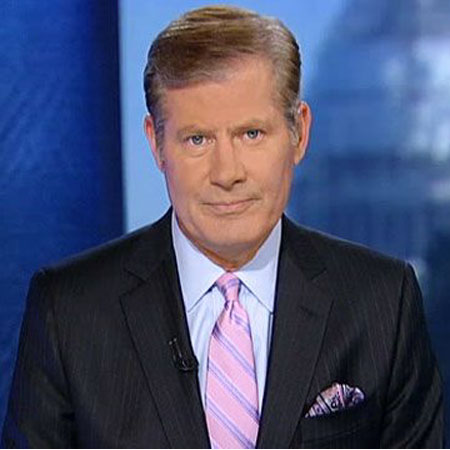 Douglas B. McKelway is a reputed television journalist who serves as a Washington-based correspondent for the Fox News Channel. He is widely known for his work in Special Report with Bret Baier, American New Year's Eve 2013, Fox News Sunday, and Fox Report.

McKelway was born in the year 1954 in Washington, District of Columbia. He is the son of William Prentiss McKelway and the grandson of Benjamin M. McKelway.

His grandfather Benjamin M. McKelway was the editor of the Washington Evening Star newspaper and President of the Associated Press. His father, William Prentiss McKelway, was an obstetrician and a clinical professor at George Washington University Hospital.

McKelway is American by nationality and doesn't belong to any other particular ethnicity apart from being White. He graduated from the Landon School in Bethesda, Maryland. He then moved to Skidmore College, where he earned his degree in Bachelor of Arts.

Douglas McKelway began his career in television in 1980 at WPCQ-TV (now WCNC-TV) in Charlotte, North Carolina. He worked there until 1982 being based in various states like Kansas, Missouri, and Florida before returning to Washington.

McKelway served as a reporter and news anchor for WRC-TV until October 2001. He then joined WJLA-TV in 2001 and worked there for several years. WJLA-TV suspended him from the job as well as his anchoring duties for a verbal confrontation with the news director of the station.

Douglas McKelway became the co-host of Washington DC's Let's Talk Live on local cable's TBD TV on 13 May 2009. There he conducted a live interview with blogger Michael Rogers discussing his efforts to "out" secretly gay politicians who oppose gay rights.

Soon after, McKelway joined Fox News Channel (FNC)  and currently serves as a Washington-based correspondent for the channel. He has gained more than 20 years of experience as a TV journalist.

Douglas McKelway substituted for Brett Baier on Fox News' Special Report, giving him exposure amongst the large early-evening Fox audience during the Thanksgiving Holidays in 2013.

In addition to a prolific professional career as a journalist, Douglas McKelway is highly pa s sionate about music. He plays the Banjo during his free time and performs Bluegra s s music at local restaurants occasionally.

Douglas McKelway works for the Fox News Network, a media network that is known to give a significantly good salary to its employees. Therefore, his net worth and salary are most likely very impressive.

According to some genuine sources, his net worth is believed to be more than $1 million. On the other hand, his co-worker Bret Baier has an estimated net worth of $16 million with a $7 annual salary as per celebrity net worth.

McKelway is a married man and has four children. She has been sharing a blissful married life with her husband Susan Ferrechio for a long time now. Her husband is the chief congressional correspondent for The Washington Examiner.

The couple has kept secret everything about their love life when they exchanged the vow and how it all started. Sources report that the two dated for a quite long time before they committed.

How Many Do They Have Kids?

McKelway and his wife Ferrechio are blessed with four children named Doug, Eliza, Chris, and Alexander. There is little known about their children.