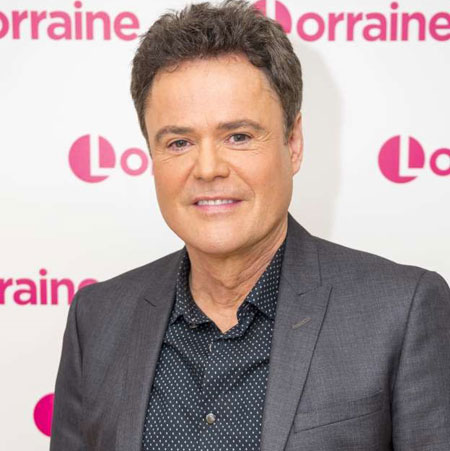 Working in the entertainment industry for over five decades, Donny Osmond is an American singer, dancer, and actor. Besides, Osmond is also a game show and talk show host, record producer, and author. Osmond initially gained fame after he became a teen idol as a solo singer in early 1970s.

Osmond was born as Donald Clark Osmond on December 9, 1957, in Ogden, Utah. He was born as the seventh child to mother Olive Osmond and father George Osmond. He has seven brothers; Alan, Jay, Jimmy, Merril, Wayne, Tom, and Virl Osmond, and one sister Marie Osmond. 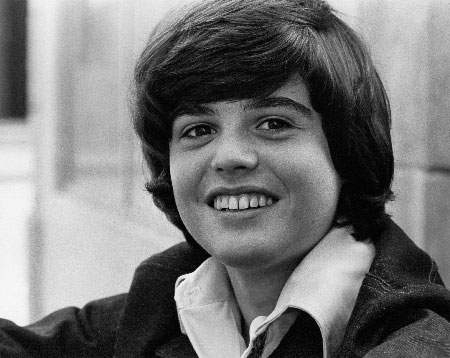 Osmond is an American by his nationality and belongs to White ethnicity. Donny and his siblings were raised as the members of The Church of Jesus Christ of Latter-day Saints in Utah.

Donny Osmond began performing with his brothers as part of the Osmond Brothers. While Donny joined the siblings' group, his brothers Alan, Wayne, Merril, and Jay were already singing together for years. The group reached to the broader audiences after they appeared on The Andy Williams Show in 1962.

Donny was the lead vocalist on many of the group's tracks that includes their first big hit One Bad Apple that grabbed the top of the pop charts for five weeks in 1971. The music group gave other hits such as Down by the Lazy River, and Crazy Horses.

Donny later collaborated with his sister Marie to gain great success. The duo co-hosted The Mike Douglas Show in the mid-70s. In January 1976, they started hosting their own show, Donny & Marie on ABC.

In 1978, the pair appeared in their feature film, Goin' Coconuts that incorporated much singing and joking around. Donny spent a few years out of the spotlight after the show was canceled in 1979.

In 1982, he made his Broadway debut in Litle Johnny Jones, however, the musical revival was closed immediately. By the late 80s, Osmond revived his musical career with a release of a single that he recorded in Peter Gabriel's studio in Bath, England.

The single, Soldier of Love reached #2 on Billboard pop charts. Sacred Emotion, his second single after his comeback, also touched the audiences as it mounted to No. 13 on the chart.

Return to TV And Other Work

After nearly two decades, Donny Osmond made his comeback to television in 1998, again collaborating with his sister on a daytime talk show, Donny & Marie that ran for two seasons.

The following year, he published a bestseller book, Life Is Just What You Make It: My Life So Far. In 2001, Osmond became a game show host in Pyramid, the new version of Dick Clark's $25,000 Pyramid. 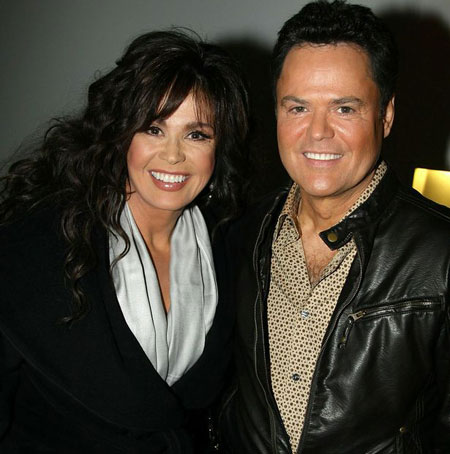 In the early 2000s, The Osmond Brothers made their comeback to the pop charts in the UK. Donny continued to work with the brothers group and as a solo artist as well.

In 2008, he partnered with sister Marie to host the 2008 Miss USA competition and later on the reality show America's Favorite Mom. Further, Osmond added one more title to his achievement list, winning the season nine of the dancing reality show, Dancing with the Stars.

Singer, actor, and television personality Donny Osmond has earned a lucrative amount of money from his decades-long career. As of 2019, Osmond's net worth is estimated to be around $18 million.

The 61-year-old television show host, Donny owns a house in Provo, however, the further details about his house is not available.

Donny Osmond was only 20 when he tied the knot with the love of his life, Debbie Glenn. After a few years of relationship, the longtime husband and wife got married on May 8, 1978, in Salt Lake Temple, Utah. Debbie is a Montana native who was born on February 26, 1958, in Billings, Montana.

On May 8, 2019, Osmond took to his Instagram, sharing some old photographs of him with his wife Debbie. More specifically, He shared the photos from the day they walked down the aisle marking the pair's 41st wedding anniversary.

Happy 41st #anniversary to my sweetheart, Debbie. The best decision I ever made was to share my life and heart with you. #MyBetterHalf #ForeverInLove

According to Wikipedia, Osmond's two oldest brothers are deaf, and his nephew has a hearing difficulty. Osmand once shared his experience of growing up with his brothers and the use of their sign language.

Height, Weight, and Other Facts