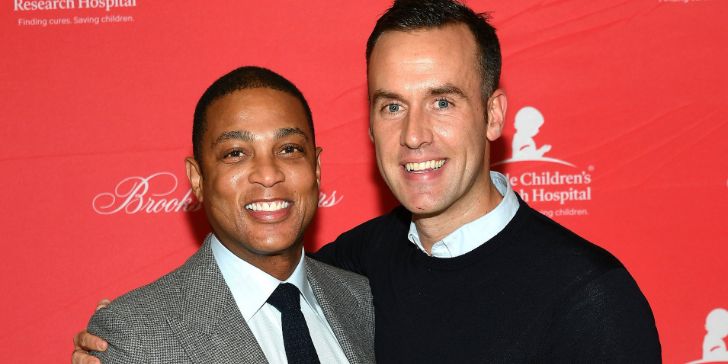 The CNN journalist, Don Lemon has revealed that he recently got engaged to his longtime boyfriend, Tim Malone. He took to his Instagram to share the news of his engagement. 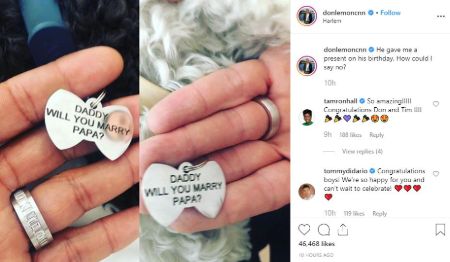 As per the post, Tim Malone popped the question to Don while they were celebrating Malone's 35th birthday with their friends. The news reporter asked with an adorable picture of the two dogs, Boomer, and Barkley wearing a similar bow tie-shaped dog tags that state,

Daddy will you marry Papa?

In the post, he has shown the couple's ring with the caption,

He gave me a present on his birthday. How could I say no?

The real estate agent also confirmed the engagement in her Instagram by sharing the same picture with the caption,

The pair have been dating each other since 2016 and since then going romantically. On 2018 CNN's New Year's Eve live broadcast, they also shared a kiss. As per the anchor, the couple met for the first time in a restaurant in New York City and started dating soon after.

Congratulation to newly engaged couple!!! Hope the couple will announce about their big day soon.