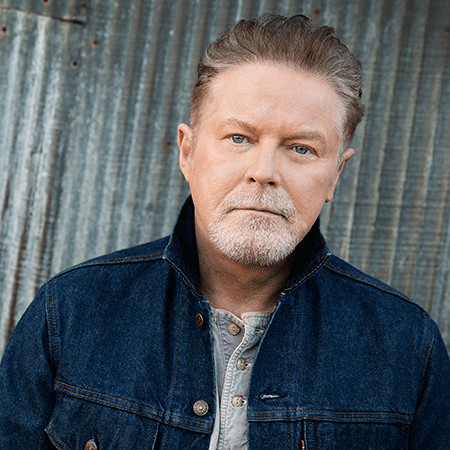 Donald Hugh Henley was born on 22nd July 1947 in Gilmer, Texas, United States. He is an American producer, drummer, singer and also songwriter. He is better known as a founding member of an American rock band named Eagles. His mother is Hughlene and his father is C. J. Henley. Donald grew up in Texas. He is of an American nationality and of white ethnicity.

Donald Henley attended Linden-Kildare High School. Initially in the high school, he played football but because of his relatively small built, his coach suggested him to quit and later on he joined the high school band. In the year 1965, he went to Stephen F. Austin State University in Texas. Following that, Donald attended North Texas State University in Texas from the year 1967 to 1969.

In the year 1971, Donald Henley formed a band named Eagles and signed to David Geffen’s label Asylum Records. The next year, in 1972,  they released their first studio album. Some of his great songs include ‘One of These Nights’, ‘Desperado’, ‘Hotel California’, ‘Witchy Woman’, ‘Best of My Love’, ‘Wasted Time’ and ‘Life in the Fast Lane’.

After the break of the Eagles in 1980, Donald Henley started his solo career. He had duette from ‘Leather and Lace’ with Stevie Nicks, which became the Top 10 Pop and Adult Contemporary hit. His first solo album named ‘I Can’t Still’ was a moderate seller.

His single ‘The Boys of Summer’ reached the No. 5 on the Billboard Hot 100. In 1989, he released his next album ‘The End of the Innocence’, which became much more successful. The album’s title track reached No. 8 on a single. To promote Donald’s greatest hits solo album Actual Miles: Henley’s Greatest Hits, Donald Henley released the single ‘The Garden of Allah’.

Donald Henley spent many years in the legal process with the record company named Geffen Records. In the year 1993, the company filed a case of $20 million for the breach-of-contract. The California law enacted over 50 years ago, that the actors should be freed from the long-term studio deals.

In the year 1974, Donald Henley started dating a jewelry designer named Loree Rodkin. The sad end of the relationship was the inspiration for the song named ‘Wasted Time’ and also some parts of the lyrics of ‘Hotel California’. In late 1975, he started dating Fleetwood Mac singer named Stevie Nicks. For around two years their relationship went on and off. Later on, he went in a long relationship with an actress and model named Lois Chiles and after three-year he broke up with his girlfriend.

Donald Henley got engaged with a Battlestar Galactica actress named Maren Jensen in the early 1980s. However, after six years of relationship, they separated. In the year 1995, Donald got married to Sharon Summerall. He has three children from his wife - two girls and a boy. Donald currently resides in Dallas, Texas with his wife and children. The estimated net worth of Donald is around $200 million.