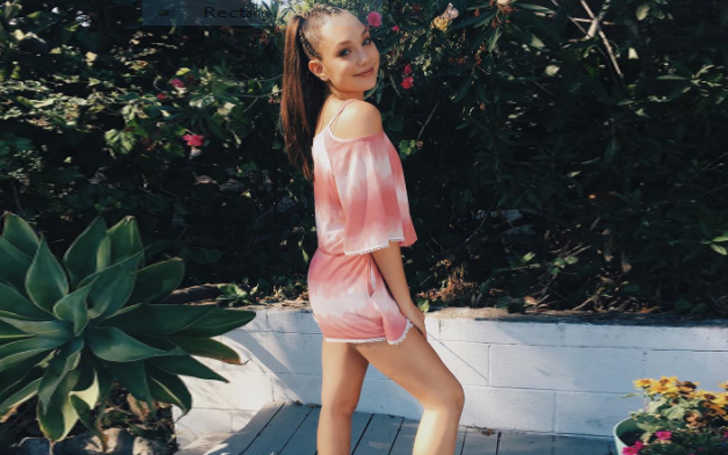 Popular as the face of singer Sia in her videos, dancer Maddie Ziegler might be only 14-year-old, but her success exceeds her age by a long shot. Now, Ziegler is in her early teens, but love sees no age. Does she have a boyfriend?

There are rumors that Ziegler is seeing someone, and it is her first boyfriend ever. Do you think it’s true? Or is it just a rumor?

Who is Maddie Ziegler's Boyfriend?

Dance Moms (2013-2016) star Maddie Ziegler is head over heels in love for almost a year. The real question here is who is the lucky guy?

The guy Maddie Ziegler is dating is Jack Kelly.  The teenage couple is completely into each other and loves posting pictures on social media.

In her interview with Entertainment Tonight, she happily talked about how things are going on with Jack Kelly.

"It's great, I would never, like, move things too quick, and plus, I know I'm still 14, you know, I'm still a child. But yeah, Jack is really great. I have a good time with him so it's fun.

Love is in the air for Maddie Ziegler and Jack Kelly, let's see how far this couple goes?

Mackenzie Ziegler, Maddie Ziegler's sister, is a singer, dancer and an actress. She is best known for her album Mack Z  that she released in the year 2014. Talents in the genes. A lot of hard work goes into nurturing those genes though.

In one of her interviews, Maddie revealed what their mother Melissa Gisoni has to say about her dating boys.

It's natural for parents to be concerned about children's dating life, even more so when the child is in the limelight.