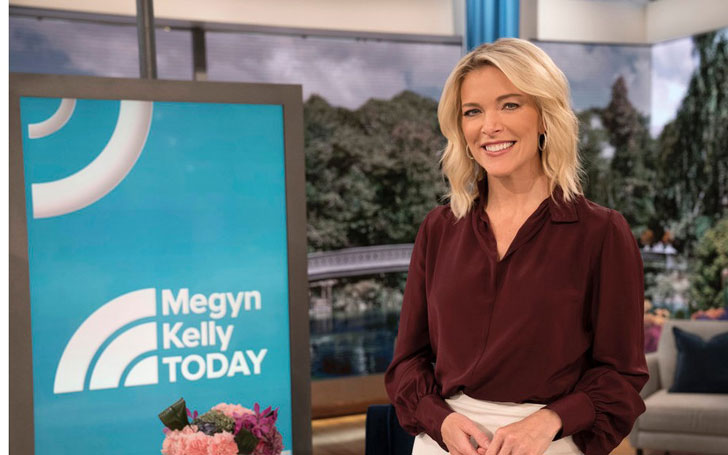 Megyn Kelly's primetime show Today on NBC is still struggling with the rating but is showing steady rating improvement. Meanwhile, Kelly has been focusing her show from lighthearted banter to the ongoing discussion on sexual harassment accusations.

After the show premiered on September 25, its rating dropped severely and remained low for a long time. The rating started to show improvement from late October ever since the show has taken a new direction.

Now, Kelly has turned her head to President Donald Trump though she has pledged to void politics in her new show. She has recently interviewed three women who have publicly accused the president of sexual misconduct.

Megyn invited the trio, Jessica Leeds, Samantha Holvey, and Rachel Crooks on Monday's episode of her show. There the women recounted their allegations, which president Trump has repeatedly denied.

Jessica Leeds said in the interview on Monday,

I would like to see some reckoning, that he is not made of Teflon, that he acknowledges in some fashion and is called on to answer for the charges.

She also recounted her shocking encounter with the president on a New York-bound flight the early 1980s. She recalled, she was seated in the first class next to Trump, and he suddenly behaved horribly with her. She said,

All of the sudden he was all over me, kissing and groping. He put his hand on my skirt and I managed to wiggle out. I grabbed my purse and went to the back of the airplane.

Likewise, Samantha Holvey also recalled her part of the story of the 2006 Miss USA Pageant, which Donald Trump had owned at the time. She explained how Trump would line up all of the contestants to look them over in a demeaning way. Holvey, the Miss North Carolina USA said that she felt like "I was just a piece of meat."

Rachel Crooks also came forward and shared her story of working as a receptionist for a company which was in the Trump Tower. She said she introduced herself to Trump after Trump repeatedly appeared using the nearby elevator.

Crooks added that Trump gave her a double cheek kiss, but he kept on kissing her. She said,

He kissed me on the lips and I was shocked. I ran back into the office and I remember hiding in my boss' office. I called my sister and said, 'I don't know what happened. It is just horrible.

The three women have recently appeared in a documentary video 16 Women and Donald Trump by a filmmaker Robert Greenwald. The women have also called for Congress to conduct an ethics investigation of allegations against Trump.