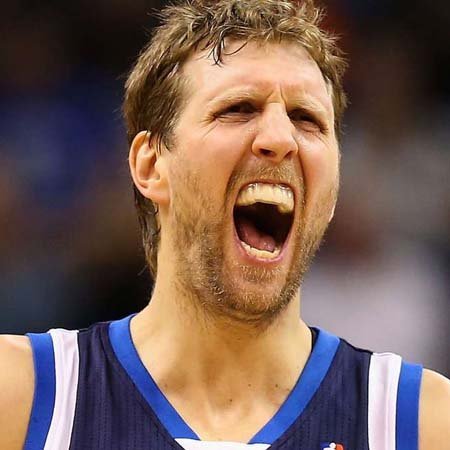 Dirk Nowitzki is a German professional basketball player who currently plays for the Dallas Mavericks of the National Basketball Association. Nowitzki started his career with the Milwaukee Bucks and traded immediately to the Mavericks. Playing with the German national team, Nowitzki has won several trophies and medals including a bronze in 2002 FIBA World Championship, and a silver in EuroBasket 2005, where he was the top scorer as well as the MVP of the tournament in the former one.

The basketball player is married to Jessica Olsson, sister of Swedish twin footballers Martin Olsson and Marcus Olsson. The couple also shares a daughter, and two sons together.

Dirk Nowitzki’s nationality is German and belongs to the Caucasian ethnicity. His older sister Silke Nowitzki, who started her career as a track and field athlete, works for the NBA in International television.

Since childhood day, he has a tall height and was interested in sports. While studying at the Röntgen Gymnasium Grammar School he started playing tennis and handball but later on moved to basketball.

Dirk Nowitzki joined the local club DJK Würzburg at the age of 15. Later, the former German international basketball player Holger Geschwindner started training him after he witnessed Nowitzki's playing skills. Geschwindner focused his training in passing and shooting exercise, and tactical drills. With his tall height and his great abilities, he made his space in the DJK squad at the age of 16. 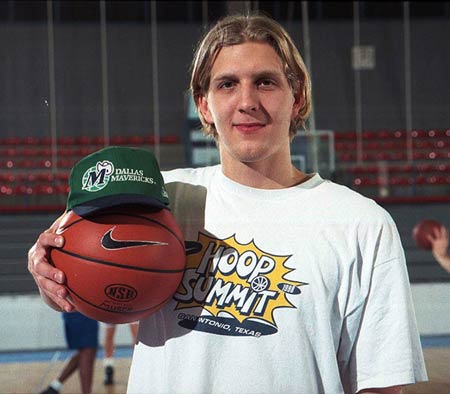 At the time Dirk Nowitzki joined DJK, the team was in Second Bundesliga, South Division. In the 1995-96 season, Nowitzki established himself as a starter in the squad and soon became the regular double-digit scorer for the club. The then German national coach, Dirk Bauermann called him the ''greatest German basketball talent of the decade'' after he saw him scoring 24 points in a game for DJK. In 1996-97 seasons, Nowitzki had averaged 19.4 points per game through this could not help the team to get a promotion of higher division.

He was one of the best players in the 1997-98 season which he finished with the fantastic average score of 28.2 points per game, however, he couldn't uplift his club to the first division. Later in the promotion playoffs, Dirk Nowitzki scored 26 points against Freiburg and DJK finally broke its hex to get the promotion. Same year Nowitzki was also voted as German Basketball player of the year.

Dirk Nowitzki was picked in the seventh pick in the 1998 NBA draft by the Dallas Mavericks, became only the fourth German player to be drafted in NBA. With his fantastic average, he was voted runner-up of NBA Most Improved Player Award.

In the 2000-01 NBA season, Nowitzki further increased his scoring average to 28.1 per game. In the very season, he scored 100 3-pointers and 100 blocks to become the second player in NBA history after Robert Horry. Recently he signed a two-year contract on July 27, 2016, with Mavericks.

Dirk Nowitzki started playing for the German national Basketball team in 1997. In his very first tournament with the national team, he participated in the EuroBasket 1999, where the 21-year-old rookie came out as one of the leading German scorers, however, Germany finished seventh and failed to qualify for the summer Olympics 2000. 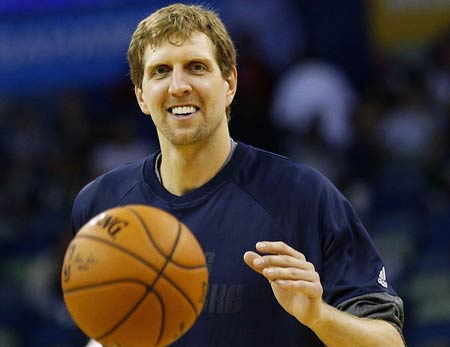 The 40-year-old German basketball player earns a handsome amount of money from his basketball career. According to Celebrity Networth, Nowitzki's current net worth is $140 million. The tabloid confirmed that he receives a total of $25 million in his salary.

He is one of the highest-earning NBA players in history with a gross income of around $242 million in his career. He owns a house in Dallas which worths $3 million.

Despite being the renowned and one of the highest-paid basketball player of NBA, Dirk doesn't involve in endorsement deals which he said is to focus on the game.

Dirk Nowitzki is a married man. Dirk Nowitzki is married to Jessica Olsson, sister of twin Swedish footballers Martin Olsson and Marcus Olsson. The pair got married after dating for two years on July 20, 2012, at Nowitzki's home in Dallas.

Before, Nowitzki was in a relationship with a German basketball player, Sybille Gerer who represented his local club DJK Wurzburg. They started dating in 1992 and dated for over 10 years before they called it to quit. 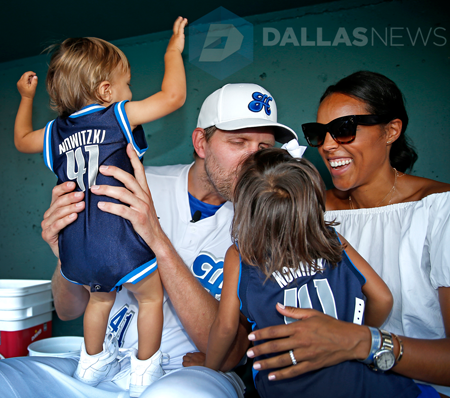 Besides his passion for basketball, he is greatly interested in music and literature. In the past, Dirk Nowitzki was linked with an American Criminal Crystal Taylor.

His personal life has been featured in the book named Dirk Nowitzki: German Wunderkind which was published in 2004 by journalists Dino Reisner and Holger Sauer. 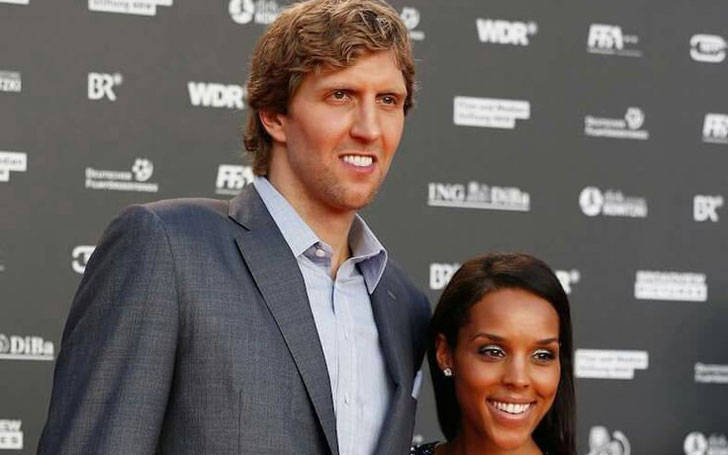 Dirk Nowitzki and Jessica Olsson, married in 2012. Know about their children and married life!!