Did you know Glen Campbell has married four times? Get to know more about the singer, here 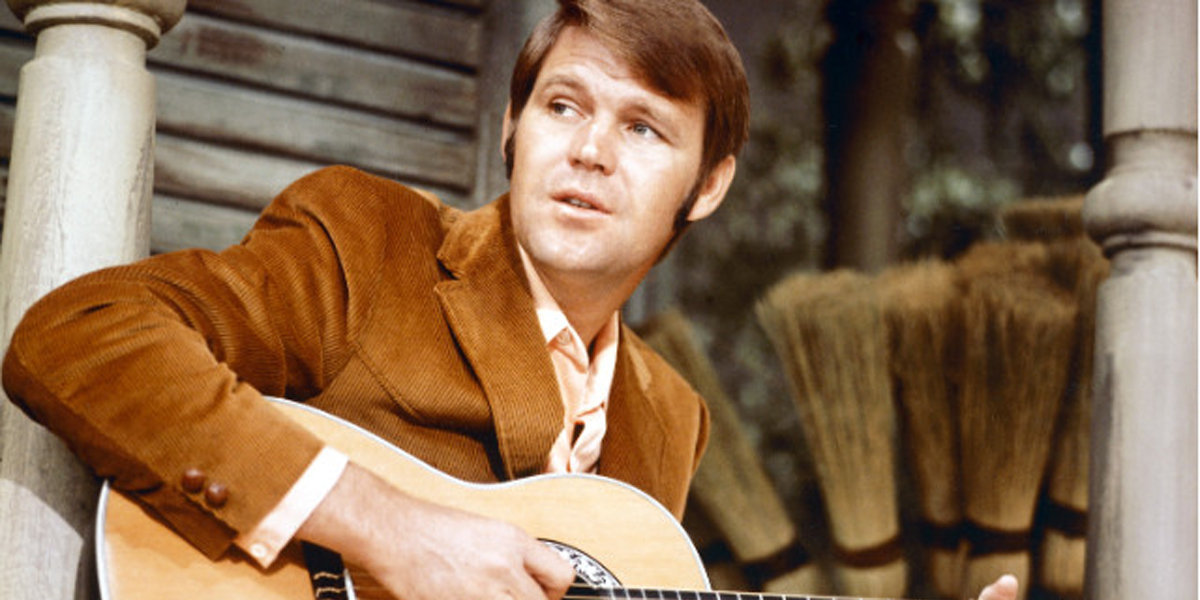 Glen Campbell is an American Singer, composer, songwriter, and Television Personality. Glen is famous for back to back hits music in the 1960s and 1970s. Glen Presented the Music parody variety show named The Glen Campbell Goodtime Hour on CBS-TV between beginning 1969 to mid-1972. The 10 times Grammy Champion Artist has always notice by his viewers.

Glen Campbell's Married Life
Glen is one of them who enjoyed four married life till now. He first married to Diane Kirk in 1955 and divorced in 1959, with whom he had one daughter. After divorcing with Kirk he married Billie Jean Nunley who was a beautician from Carlsbad, New Mexico. Nunley birthed two sons and one daughter. The couple split up in 1976.

After failing third marriage he became single and started to date fellow singer Tanya Tucker. Their relationship was hot news and gossip for media at that time. Glen sang numbers song together with her covering the single "Dream Lover".

Glen Campbell and his fourth wife Kimberly Woolen,the couple looks very happy to each other

In 1991 he romantically linked to his future wife a beautician Kimberly Woolen following year he married to her which was his fourth marriage and still he is continuing his relationship with her. Till now he is very happy with her and  able to  manages professional and personal life smoothly. The couple has three children together and all three are helping Glen's Stage shows since 2010.

Glen Campbell's Music Career
Grammy-winning cowboy singer Glen transferred to Los Angeles to pursue a career in music in 1960. Following year he joined The Champs  band and left after three months. Immediately he released his first single Turn Around, Look at Me was little popular and secured 62 number on the Billboard of Hot 100 in the same year.

In 1962 Capital Records signed him and he featured another song Kentucky Means Paradise released by The Green River Boys. At late 1964 to mid-1965 he joined The Beach Boys musical tour.

In 1996 he also played guitar for The Beach Boys' album Pet's Sounds. In 1967 he worked with producer Al De Lory and together they discharged Burning Bridges album which became the top 20 hit in that year.

In the same year they Glen won four Grammy awards for his song Gentle on My Mind and By The Time I Get to Phoenix. He was also the lead vocalist of  Sagittarius group.

Glen  playing guitar in the concert

In 1969 Glen's Song True Grit received Acadamy Award nomination which was composed by Elmer Bernstein. He has been active in music field up to last year. In  2010 and he discharged farewell album Ghost on the Canvas and he sang his final song I'm Not Gonna Miss You in 2013 which was also included in his Documentary Glen Campbell: I'll Be Me.

Glen is 80 years old, celebrated five-decade of his life in the American Music. He has played the vital role to grow American Rock and Roll Music. The Music legend is completely retiring from music and celebrating old age with his fourth wife, Glen and Kim already enjoyed 3 decades happily.