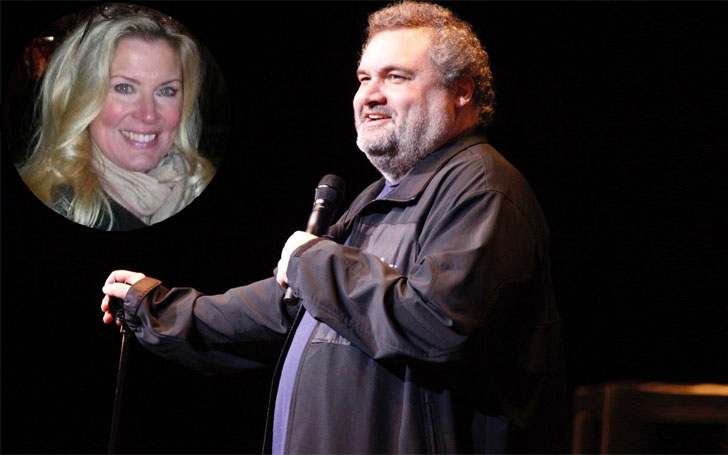 Guess who's not having a great year? Not just you, Artie Lange is going through some rough times as well. And you know what? He might as well have deserved it.

Despite being a comedian himself, it seems as if he now needs someone else in his life to make him laugh. Wondering the reason behind his sadness?

Artie Langee Jr. was recently arrested for drugs possession, he was found with drugs in his car. The comedian who went through a break-up with his fiancé Adrienne Ockrymiek in 2015 due to a history of physical abuse, is facing quite a situation these days. As believed, Artie's relationship with his girlfriend was quite abusive.

Artie and Adrienne were caught in a drama back in 2012 where he was arrested for abusing his girlfriend Adrienne.The sources claimed that Artie was not happy that Adrienne went to a movie theatre in France with her friends.
Also, Artie reportedly yelled at his girlfriend saying:

Get out here, you effing c**t.

Even after all the drama in 2013,  the couple got back together a year later. Langee Jr. tweeted a picture of his mother and Adrienne together having their dinner.

My mom and Girlfriend Adrienne eating at Giovanni's in Toms River! For the record the guy in backs Giovanni pic.twitter.com/0bFxPlJP7M

So, that was the last time, Artie tweeted about Adrienne. There was no public declaration, however, the couple reportedly broke up in 2014.

Many are assuming that  Artie Lange Jr.'s drug problem has much to do with his break-up from Adrienne. Is the break-up the reason why he started doing drugs again? On the contrary, Adrienne has moved on. She has been dating Julian Grimaldi since 2016.

Comedian Artie Lange Jr. was arrested on May 17th, 2017 for possession of drugs-cocaine, heroin, and Paraphernalia. The police found him with the drugs in his car at his Hoboken, N.J., apartment garage on March 12.

Artie opened about his addiction saying:

There's a reason why people get addicted to (heroin). I don't want kids to hear this, but it feels amazing. That's why you get addicted to it and then it becomes a living hell after a while, that's the problem.

Lange has a very long history of drug addiction.  back in 2010  he was hospitalized for abusive use of drug and alcohol and trying to attempt suicide. We hope he gets the help he needs.