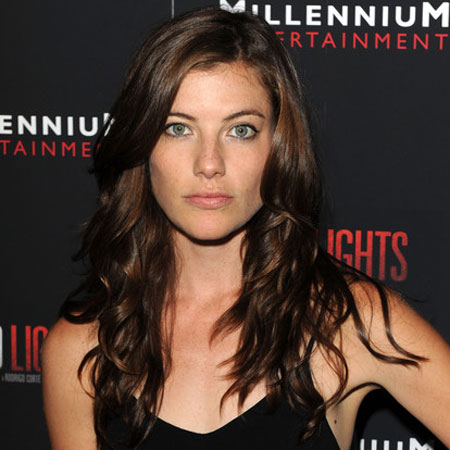 Devin Kelley is an American actress. She is better known for portraying Dr. Maggie Langston on the hit TV series, ‘Resurrection.’ She earned popularity after her breakthrough performance in the TV series, ‘The Chicago Code.’  She has also portrayed the lead role in the 2012 horror movie, Chernobyl Diaries.

Kelley holds American nationality and belongs to White-American ethnicity. She has a sister Lauren and a brother Ryan.

Kelley began taking voice and acting cla s ses under the instruction of John Lynn. She was studying in the eighth grade during that time. She graduated from Eastview High School in Apple Valley.

After accomplishing her high school, Kelley moved to Los Angeles and joined the USC of Theatre’s BF acting program. She spent a semester at the British American Drama Academy in London.

Kelley featured in numerous productions at Williamstown Theatre Festival after her graduation. She gained tremendous popularity after appearing in the Fox crime drama ‘The Chicago Code.’ The series was featured alongside Matt Lauria and Todd Williams.

Later, Kelley portrayed the lead character alongside Jesse McCartney and Jonathan Sadowski in a 2012 horror film ‘Chernobyl Diaries.’ The movie was a big hit at the box office making the collection of $37.2 million.

Kelley was cast in Covert Affairs. In the year 2013, she appeared in the ABC drama series ‘Resurrection’ as a Dr. Maggie Langston.

The Chicago Code actress Devin Kelley, 31, is unmarried. Currently, she is not dating anyone officially. However, there are rumors that Kelley was in a relationship with the American TV and stage actor, David Anders.

However, both the couple has not confirmed their affair to the media. Besides, Kelley is also busy on social media like Twitter with over 7K followers and Instagram with more than 4.5K followers. She has a dog named Lyla.

Devin Kelley is the successful American actress. She is living a luxurious life and earned a good amount of money from her acting career. She has not revealed her exact amount of net worth in the media.

One of her hit American horror film ‘Chernobyl Diaries’ made a whopping box office collection of $37.2 million worldwide. She has the net worth of $1 million.