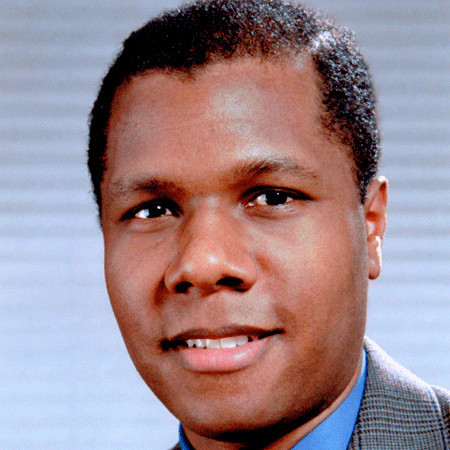 Deroy Murdock is a well-known American syndicated columnist, best known for working with the Scripps Howard News Service and National Review Online. Murdock was born on December 10, 1963, in Los Angeles, California to Costa Rican parents.  He is a first-generation American who has lived most of his childhood days with his family in California. Murdock finished his high school studies in California. He holds an American nationality.

After graduating high school, Murdock went on to attend Georgetown University and graduated with an AB in Government in 1986. He then received his MBA in Marketing and International Business in 1989 from New York University.

Deroy Murdock’s MBA program at New York University comprised a semester as an exchange student at the Chinese University of Hong Kong. Since completing his studies, Murdock has become one of the most respected political commentators.

His columns have been known to appear in The New York Post, The Boston Herald, The Washington Times, National Review, The Orange County Register and many other newspapers and magazines. His articles are not only seen in the United States, but also in papers of abroad.

Murdock is noted to be a veteran of the 1980 and 1984 Reagan for President Campaign. He was dedicated towards Ronald Regan. Murdock became a communications consultant with Forbes 2000, the White House bid of publisher Steve Forbes. He has long since been a Senior Fellow with the Atlas Economic Research Foundation located in Washington, D.C.

Murdock has also been working as a News Contributor for Fox news. His political commentary has been aired several times by television news channels such as ABC’s Nightline, NBC Nightly News, CNN, MSNBC, PBS, and also in various radio outlets.

He has been an active Media Fellow with the Hoover Institution on War, Revolution, and Peace at Stanford University. Murdock is currently a member of the Council on Foreign Relations. He joined the Board of Advisors of the Coalition to Reduce Spending in February of 2013.

Deroy Murdock's Net Worth And Salary

Deroy Murdock has collected a large amount of net worth which as per estimation made by various online sources is believed to be around $1.5 million, in 2019. He is a political commentator and a contributing editor with National Review Online where he pays a good salary too.

Also Read, How Much Is American Political Commentator Andrea Tantaros Worth? Has Her Lawsuit Against Fox News Affected Her Earnings?

Deroy Murdock is openly gay. He does not have any partner currently. He has not married till date and does not have children. He strictly opposes governmental engrossment in matters linking to both gay and heterosexual marriage. He currently resides in New York City.

Murdock is currently 51 years old and has achieved a lot in his life. He has been involved in a lot of controversy relating to his comments on various matters like any other political commentator. In September 2005, he went on record calling the New Orleans' Danziger Bridge shooting a “magnificent and morally pristine use of force”.

Murdock had also been actively involved in the Smith v. Islamic Emirate of Afghanistan., 262 F. Supp. 2d 217, which was a federal case heard by U.S. District Judge Harold Baer, Jr, who later ruled that Hussein's Baathist government and the Taliban helped the notorious Osama bin Laden and al-Qaeda. Murdock on MSNBC said that he believed that Saddam Hussein was involved in planning the tragedy of September 1, 2001.