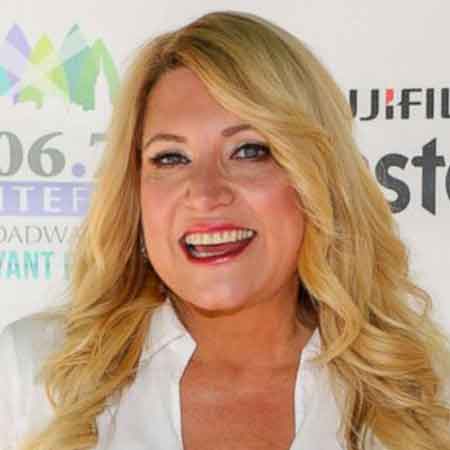 Delilah Rene Luke commonly known as Delilah is an American radio personality, musician and author.  She is the host of Delilah, a broadly syndicated U.S. radio show which typically includes contemporary music geared towards adults. Delilah refers to herself as "the queen of sappy love songs".

Delilah was born on February 5, 1960, at Coos Bay, Oregon. Delilah's family moved from Coos Bay, Oregon to neighboring, Reedsport, in 1969 where she attended her primary education. In 1974, she won a middle school speech challenge judged by the proprietors of the local FM radio station.

CAPTION: Delilah with one of her zebra SOURCE: Pinterest

After the event, Delilah started her radio profession there, at KDUN radio station in Reedsport.

Delilah started doing advertisements very soon and then was given her own program schedule revealing school news and sports on her program "Delilah Luke, on the warpath". Graduating from secondary school in 1978, she worked at various stations in Oregon and in Seattle before she made her fame in the industry. She also worked for KLSY radio station in 1984.

She has been working at Premier Radio Networks since 2004. She runs a show Deliah that begins at 7 pm and ends around midnight. On the show, she receives calls from listeners who share their personal life experiences and problems and the host provides encouragement, support as well as plays a musical number on the caller's request.

According to some sources, Deliah's net worth is estimated to be around $15 million in 2018. In 2004, Kinchin, the founder of Premiere Networks approached Delilah and pulled her away from Jones International Networks. At that time, she signed an eight-year contract with Premiere Networks for about $40 million with an additional $10 million signing bonus.

CAPTION: Deliah with one of her horse SOURCE: Pinterest

Read more: Radio personality Bernard McGuirk has $3 million as his net worth. What are his sources of income?

Delilah is a married woman; she has been married to Paul Warner. The couple was close friends and dated for years before they got married on October 27, 2012, at a private wedding. The couple told their wedding guests that they were organizing an annual Harvest party. Previously, she was married twice.

Delilah was previously married to George Harris with whom she gave birth to her first child, Isaiah Harris in 1984. She and her first husband Harris gave birth to their second daughter Shayla Ortega was born in 1996.

Find Out About: The relationships and affairs of radio personality Anita Marks. Is she married?

After the birth of her daughter Shayla, she suffered from some uterus problems, however,  she still wanted to have more children which inspired her to adopt children. In 1999, she found an African American boy of around her daughter Isaiah's age and she decided to adopt the kid. Furthermore, when she found that the kid had two more brothers in foster care, she decided to adopt them all. Deliah found out that she was pregnant after adopting the three children and gave birth to her third child Zachariah Rene.

Read More : Does radio personality Carolina Bermudez have a baby with her husband Mark Grossman?

In 2003 she met a 20-year-old single mother who never knew her parents. She completed the adult adoption procedures and adopted her as her legitimate daughter and the child as her grandkid. Additionally, she adopted two more young ladies in the process.