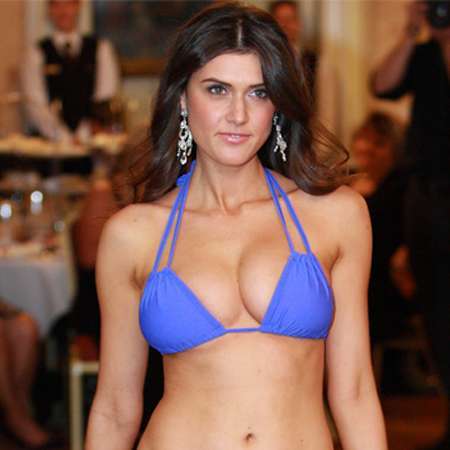 Debra Ades' actual date of birth is not known yet, but it is however known that she is originally from Sydney, Australia. She was interested in acting since a very small age and thus was enrolled in several best schools to gain an education in acting. She has studied on NIDA, On Camera Connections and The Actors Pulse where the Screen Acting, Voice and Movement and Meisner Technique were her fields of study.

Debra Ades' also undertook several regular private coaching sessions and graduated with a Certificate 4 in Screen and Media from the Metro Screen. Her first debut role was in the Australian feature film named Newcastle. She acted in a leading role alongside Xavier Samuel and Barry Otto as soon as she graduated from high school.

The actress was also a cast in Hello Forever, the award-winning Indie feature film also starred. Her most recent movie endeavors include appearing in the hits Mad Max: Fury Road. Debra has also appeared in several web series including the Australian one entitled The Newtown Girls.

Debra has also appeared in three hit music videos and has had lead roles in commercials of KFC, Mc Café, TAB, Gillette and 3Mobile. Debra has also been known to have modeled, presented and danced. She became the national finalist of Miss Universe Australia as well as Miss World Australia in the year 2011.

Debra Ades has also presented for brands like the Omega Fine Jewelry, Ecco shoes as well as Lipton.

Debra Ades' Net Worth And Earnings

Debra Ades' earnings from her acting career is quite good but the exact amount of net worth is yet to be revealed. The actress played the supporting role in the action movie Mad Max: Fury Road which became the quite hit at the box office grossing over $378 million worldwide, making it the highest-grossing film in the Mad Max franchise. In the movie, she featured along with Tom Hardy, Abbey Lee Kershaw, Charlize Theron, and Nicholas Hoult.

Debra Ades is not married yet and is also not dating anyone at present.

Though Debra Ades' acting and other credits have been well-known about, Debra Ades' personal life is a well-kept secret. She seems to be focusing more on her career or rather seems to perfectly hide the details about her relationship status. As far as the news that is available can be considered, she is single.

Her relationship and affair history and boyfriend list are not available on the internet. As far as the tabloids are concerned, she has never been speculated to be a lesbian or a bi-sexual. Neither has she been linked with anybody as of now so it can very well be concluded that this pretty beauty is surprisingly single.

Ades is fun and a down to earth girl and will surely land up in a relationship with someone who deserves real soon.

Debra Ades has a height of 5 feet and 5 inches and an incredible body which appeals to her fans.

Age: It is yet to be revealed.