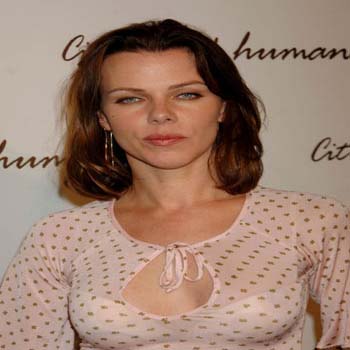 Deborah Mazar, an American actress and television star, known for her jersey Girl-type roles. She has appeared in several movies including Batman Forever, Lies & Alibis, The Women, etc. She also featured in a movie Wonder Wheel alongside Justin Timberlake, Kate Winslet, Juno Temple, and Tony Sirico.

Deborah Mazar or Debi Mazar was born on August 13, 1964, in Jamaica, Queens, New York, U.S.A. She belongs to America n nationality and belongs to the mixed ethnicity. She is the daughter born to Nancy and Harry Mazar.

Her father was born in the Latvian SSR, Soviet Union, to a Jewish family, but raised in the Roman Catholic Church.

She had no knowledge of her heritage until her twenties. Her mother was raised a Roman Catholic, briefly converted to Judaism, then became a Buddhist, and later joined Jehovah's Witnesses until she was disfellowshipped for taking a blood transfusion.

Mazar became a successful makeup artist in her early 20s, frequently "painting" her friend Madonna for stage and video productions. Their friendship led to Mazar's appearances in a number of the Material Girl's videos including "True Blue," and sparked her own interest in acting.

After a few years of drama training, Mazar made the career leap from behind-the-scenes to scene-stealing supporting roles in Martin Scorsese's classic mob drama "GoodFellas" (1990), where she played the coke-snorting girlfriend of married underworld wheeler-dealer Henry Hill (Ray Liotta).

She went on to take the leading role opposite John Cusack in the blue-collar comedy "Money For Nothing" (1993) and her outsize personality was well-suited to exaggerated family films "Toys" (1992) and "Beethoven's 2nd" (1993), where she offered a deliciously vivid performance as a villainous dog owner.

From a recurring role on the Will Smith/Jada Pinkett Smith-created sitcom "All of Us" (UPN, 2003-06; The CW, 2006-07), Mazar went on to find a regular TV role perfectly suited to her honking "New Yawk" attitude - as the outspoken Hollywood publicist Shauna in the freewheeling HBO comedy, "Entourage" (2004 ).

Mazar appeared in the female ensemble cast of the unsuccessful remake of "The Women" (2008) and enjoyed a recurring role on ABC's hit "Ugly Betty" (ABC, 2006). When her schedule allowed her to spend time at her Italian home with her husband and family,

Mazar produced an Internet cooking show called "Under the Tuscan Gun." Mazar returned for a fifth season on "Entourage" in the fall of 2009, concurrently appearing as a contestant on "Dancing with the Stars" (ABC, 2005).

Mazar has reached the age of 52 now. She is married and has two children. She earned huge popularity as an actor and television personality.

She married Gabriele Corcos on March 16, 2002, in a ceremony officiated by Ellen Burstyn, who is an ordained Sufi high priest. They have two daughters: Evelyn Maria (born in 2002) and Giulia Isabel (born in 2006).

She previously dated an actor, Paul Reubens for several years. The couple started dating in 1993.

Deborah Mazar has an estimated net worth of around $7.5 million, as per celebrity net worth, in 2019. She owns a house in New York City.

In the year 1990, the actress was a cast in the movie Goodfellas which grossed over $46.8 million against $25 million budget. The movie starred Robert De Niro, Ray Liotta, and Joe Pesci.

Mazar is active on social networking sites such as Instagram and Twitter. She has earned a huge number of fan followers on her social accounts.