Debbie Antonelli is a sports analyst known for appearing in the basketball edition of the ESPN, FOX, CBS, Big Ten Network, WNBA, Westwood One, and CSTV. She is one of the experts on women's basketball games and has covered over 80 collegiate and professional basketball games a season.

Debbie Antonelli is in her 60s. She was born in Cary, North Carolina, the United States. She is of American nationality and belongs to the white ethnic background.

After she got her master's degree, Debbie Antonelli joined the University of Kentucky and served there for four years as Director of Marketing. Later, she was hired by Ohio State University.

During the time, she also severed as an analyst for Dayton Flyers men's basketball games. Eventually, she was hired by prestigious sports networks such as ESPN and CSTV. 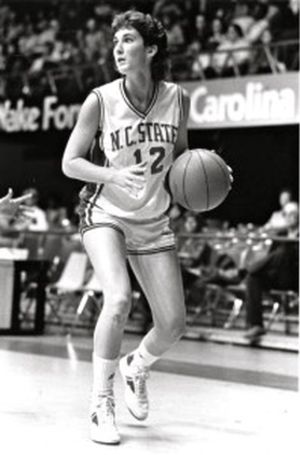 Recently in 2020, she has successfully completed her 30 years in the sports broadcasting industry. As of now, she covers basketball games for CBS, ESPN, Westwood One, and Raycom.

Moreover, she has broadcasted WNBA games since 1996 (i.e. since it's establishment).

Coming to her one of the greatest achievements, in 2007, Antonelli was awarded the Women's Basketball Coaches Association Mel Greenberg Media Award.

According to reliable sources, Debbie Antonelli has acc u mulated the net worth of $2.5 million, as of 2020. She gathers her net worth from her prosperous career.

On average, a broadcasting sports analyst makes around $75 thousand per year whereas, more than half of the broadcast analysts have the least salary in five digits figure.

As per the report disclosed by ESPN, the annual base salary of ESPN sports analysts is $100 thousand. Some of the highest-earning ESPN sportscasters are Stephen A. Smith and Chris Berman.

In her free time, Antonelli is also active as a philanthropist. She with her family, The Antonellis, runs a charitable foundation named Frankie and Friends.

In an interview, when asked about the motto of the organization, she described her foundation as an organization that fights against bullying in schools.

Besides that, she has also funded several fundraisers and crowdfunding.

The resident of Mount Pleasent, South Carolina, Debbie Antonelli is married to her longtime boyfriend Frank Antonelli. They walked down the aisle in 1992. 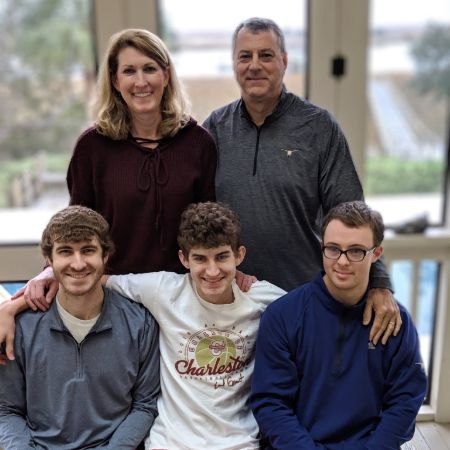 The couple is blessed with sons Frankie Antonelli, Patrick Antonelli, and Joey Antonelli.