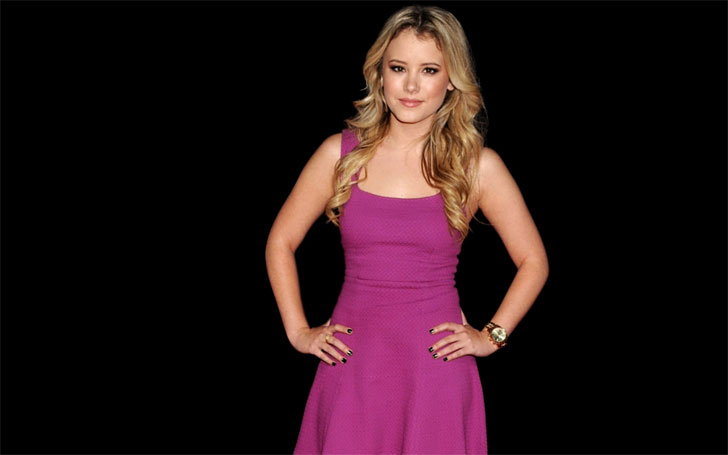 Mia McCormick from Days of our lives, Taylor Spreitler, describes herself as ''that one girl form that one show.'' We are sure she is more than that!

The Days of our Lives star, Taylor Spreitler, is trying to make her mark; she appeared on the CBS sitcom Kevin Can Wait in 2016. While Spreitler is working on her professional success, what's been happening with her romantic life?

Is Taylor Spreitler Single? Or Is She Seeing Someone?

When it comes to Hollywood, on the one hand, some celebs are really concerned about their public image and don’t want to overshadow their professional life with their private matters and, on the other hand, some celebs just don’t care about anything, Taylor Spreitler is one of the latter ones!

Well, yes the Days of our Lives actress,  Taylor Spreitler isn’t single and unlike other, celebrities she isn't into hiding her relationships.

Spreitler is in love with David Antonsson Crivello; you might not be acquainted with the name because he isn't a man from Hollywood.

Also, about their love, it seems that they both are happy together and are constantly posting their pictures on their social media too.

Recently, David posted Taylor's picture captioning it, ''Nice days in New York, back on tour now heading to Europe, I'll miss this babe.'' No wonder they make such a great couple together!

It seems that everything is good in the hood now, but what about her past affairs? Does she have a dating history? Let's find out!

About Taylor Spreitler's affairs, she was allegedly dating Spencer Knight back in 2014. The rumors started when the couple was also spotted together at her 21st birthday bash together. Taylor Spreitler and Spencer Were rumored as a couple

Also, Spreitler was rumored with her co-star Nick Robinson too.The couple was spotted together quite a few times in the past and it was speculated that they two were dating. Nick Robinson and Taylor Spreitler at People's Choice Awards in 2014

Well, all of that is a history, and the thing that matters now is her current relationship with David Crivello.