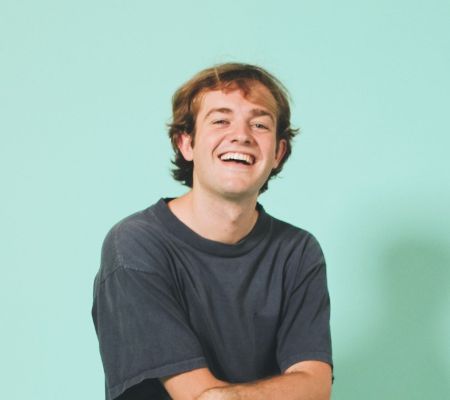 Sloan Struble, professionally known as Dayglow and formerly as Kindred, is an American singer-songwriter and producer. He gained recognition with his debut album, Fuzzybrain, released in September 2018.

Struble is currently 21 years old. He was born on August 10, 1999, in Fort Worth, Texas, USA, to parents John Struble and Kristy Struble. Talking about his height, he is cited to be 5 ft 10 in (1.77 m) tall. The 21-year-old spent his early years in Aledo, Texas, and had enrolled at the University of Texas at Austin in 2018 to study advertising, but he dropped out after the first semester.

“Everything started to take off on the internet right after the beginning of the second semester.. I just got really overwhelmed and had to decide what am I gonna pick, school or music? And obviously music is what I love, so I just went with music," he told Orange magazine.

Sloan also mentioned that his parents have been supportive of his decision to pursue music. "Both of my parents really saw it coming like, it’s kind of been an unspoken thing. They’ve been super supportive about it and I couldn’t be more thankful for the parents that I have. They’re gonna be here tomorrow, my whole family is.”

Does Dayglow have a girlfriend? Is he engaged?

According to Famous Birthdays, Dayglow's lead singer, Sloan Struble, got engaged to his girlfriend, Reagan Liddell, in December 2020.

It is not known how they met. But since Liddell is enrolled at the Department of Nutritional Sciences at the University of Texas at Austin, the couple must have met as a college student.

Liddell herself confirmed on Instagram that both had got engaged in December, posting a snap with Struble on December 29. "ðŸ’– at first encounter. now my very best friend & special match. engaged :)," she wrote in the caption.

How many albums does Dayglow have? Net Worth 2021

Dayglow released its first full-length album, Fuzzybrain, on September 27, 2018. The album's title track has over 390k views on YouTube at the time of the writing. Moreover, it also featured the previously released singles "Run The World!!!", "Can I Call You Tonight?" and "False Direction."

The video for the single "Can I Call You Tonight?" has already crossed 64 million views. It also went on to be his first commercially successful song, receiving "Gold" certification from the RIAA partly due to its popularity on TikTok and Spotify. After the release of Fuzzybrain, the 21-year-old was invited to perform at Austin City Limits Music Festival.

Also Read: Net Worth Of Popular YouTuber CJ So Cool? Details Of His House, Cars, and Income Sources

A year later, he released an expanded version of Fuzzybrain under Acrophase Records, featuring two new songs: "Nicknames" and "Listerine." Dayglow's second full-length album, Harmony House, is currently set to release on May 21, 2021, through Very Nice Records. While his net worth is under review, some online sources estimate it to around $100,000 as of 2021.