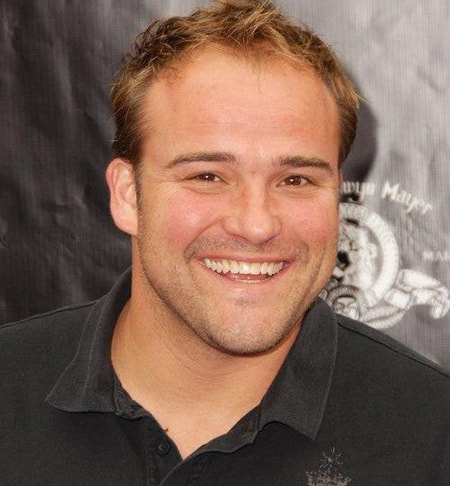 American-born actor and television director, David DeLuise is famously known for his roles on Wizards of Waverly Place and Megas XLR. He is also known as the son of actor and comedian, Dom DeLuise and actress Carol Arthur. His godparents were Mel Brooks and Anne Bancroft.

Born As Youngest Child Of Dom DeLuise and Carol Arthur

Actor David DeLuise was born as the youngest child of actor and comedian Dom DeLuise and Carol Arthur. He was born as David Dominick DeLuise in Burbank, California, the USA, on November 11, 1971, under the birth sign Scorpio. His godmother was Anne Bancroft.

DeLuise is Ameican as per his nationality and belongs to Italian and American heritage. He has two brothers, Peter DeLuise, an actor, writer, and director, and Michael DeLuise, an actor. Filmmaker Mel Brooks and actress Anne Bancroft were the godparents for David.

The Vampires Suck actor David DeLuise is a happily married man. The 47-year-old actor married his longtime girlfriend, a German actress, director and voice actress Julia Stoepel on 17 October 2019. The couple started their relationship back in 2015.

He was previously married to Brigitte DeLuise. The ex-couple got married in September 1994. They gave birth to two daughters, Riley DeLuise, and Dylan DeLuise before getting divorced in 2003. 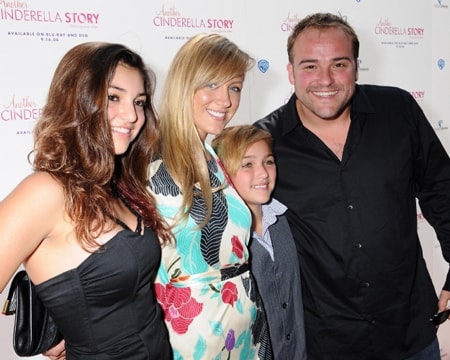 David DeLuise with his ex-wife and two children SOURCE: MarriedWiki

Besides, David DeLuise was in a relationship with American actress and producer Sharon Stone. The couple was spotted walking together during 2014. During the time, the couple was also spotted kissing outside Hugo’s Restaurant in West Hollywood. But, their relationship ended within months as DeLuise started dating his current wife Julia.

Career As an Actor

David DeLuise put her step in her acting career from the 1979 film Hot Stuff, in which he worked as David Fortunato. Four years later, he appeared as Rogie in the television movie Happy.

After playing numerous minor roles, DeLuise landed his first lead role in 2003 from BachelorMan. Later, he started working in the recurring role in 3rd Rock from the Sun as Bug Pollone. 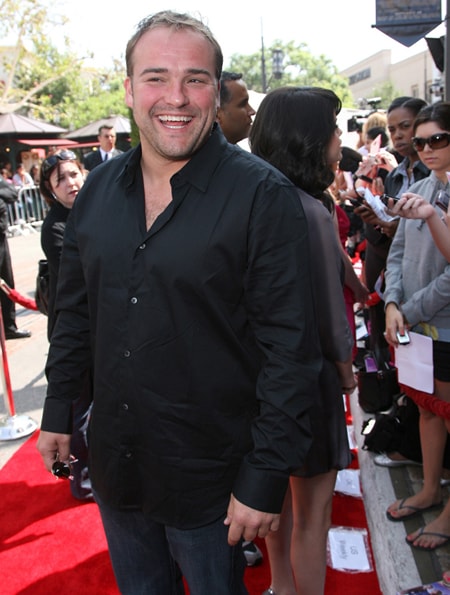 In 2007, he began working in television series Wizards of Waverly Place, in which he played the role of Jerry Russo. He appeared on a total of 91 episodes of the Disney series.

In 2009 when he reprised the role of Jerry Russo in television film Wizards of Waverly Place: The Movie. His most recent work came in the movie Real Rob.

Net Worth Of $10 Million; Find His Earning and Other Source Of Income

David Deluise has a handsome net worth of $10 million as of 2019. His extensive acting career is the major source of his income. Deluise has played in over 2 dozen movies and television projects so far, which have undoubtedly earned him millions of dollars. Some of his move earning are listed below:

Currently, he resides in Los Angeles, California where the average price of the house is around $96,513 per year.