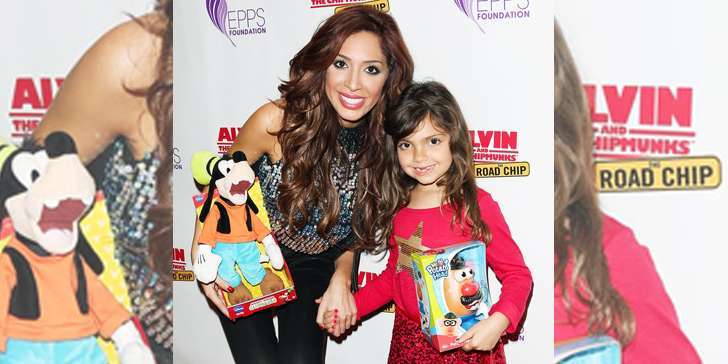 TV Personality Farrah Abraham’s Daughter, Sophia, got into a controversy after she created an account in Snapchat. She again made headlines after her account got deactivated due to her 'childish' behavior in social media. Thus, it is another day that Farrah has made a place in the gossip column.

According to sources, Snapchat users became so upset when Sophia posted videos asking strangers to send her messages asking more text in one of her posts. After getting a lot of texts, she again posted another snap asking her followers to send her text again and again.

One of her followers, Laura, deemed Sophia’s post inappropriate and reported about Sophia's Snapchat account that she is ineligible for having an account. Reportedly. Snapchat is only for users above the age of 13 and Farrah's daughter needs to wait six more years to have a Snapchat account.

However, the Teen Mom OG Star Farrah Abraham has come to the defense of her little girl. She revealed that she was fully aware of Sophia’s social media activity. Farrah said that she allowed her daughter to get involved in conversations with strangers. Apparently, she has no problem with her daughter being on the social networking site; She is not worried at all.

Probably, this is not the first time Farrah Abraham has been questioned on her parenting tactics. Maybe, the act was just a 'publicity stunt' to get into the headlines, along with her daughter.