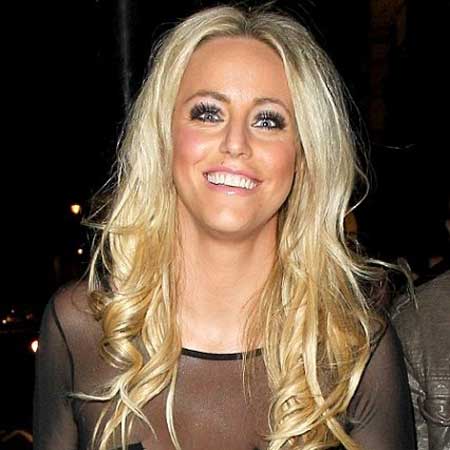 Danielle Mason is a famous TV star known for being on the series My Big Fat Gypsy Wedding. She has also worked as a glamor model and has been romantically involved with Tony Giles which caused a stir in his family as she is non-gypsy.

The proficient actress was born on March 30, 1983, in London, England to Ronald and Annette Mason. She is the younger half-sister of Jessie Wallace and Joanne Herman. She holds English nationality and belongs to Caucasian ethnicity. Her zodiac sign is Aries.

The gorgeous actress started working as a television personality as she was dreaming of being in the field of acting. She then started appearing on reality shows in 2008. She was on the Jeremy Kyle Show.

Mason, who was with the Channel 4 TV star for six years  is famous for a romantic link up with Tony Giles, his co-star from the reality series “My Big Fat Gypsy Wedding.” Apart from her a s sociation with the Gypsy Wedding which includes Filthy Rich, she has also worked in some movies and shows.

Danielle is a private loving person so she loves to keep her relationship secret but recently she revealed about her personal life. She was dating her co-actor Tony Giles and got married after they started working together and became familiar with each other on the sets.

The couple enjoyed each other’s company for a long period of time and have a child together. After the birth of their first child, they decided to get apart from each other due to their personal issues. Finally, the couple got separated in 2013.

When Tony and Mason separated, Mason was pregnant with her second child. Their relation featured on My Big Fat Gypsy Wedding ended after a bitter row on Boxing day. Giles slurs about her for being non-gypsy which also devastated their relation. In an interview Danielle said:

He’s pushed me so much that I don’t like the way I've become. To be honest, I’ve turned into a bit of nutter. I got so mad at him, I pushed the Christmas tree over.

After their separation, Danielle reached the condition of depression so she took some therapy to get out of it. Their separation made Danielle develop the feeling of committing suicide.

Mason has made a tattoo with his name which later on was removed from her body.Currently, the actress is living with two kids named Rudy and Delihah.

The 34-years-old actress is living a luxurious life. Recently she is single and is residing with her two children. Her net worth has not been revealed yet but as she has appeared in numerous TV shows and movies, her net worth is estimated to be in millions of dollars.

The popular actress is 5 feet 8 inch in height.