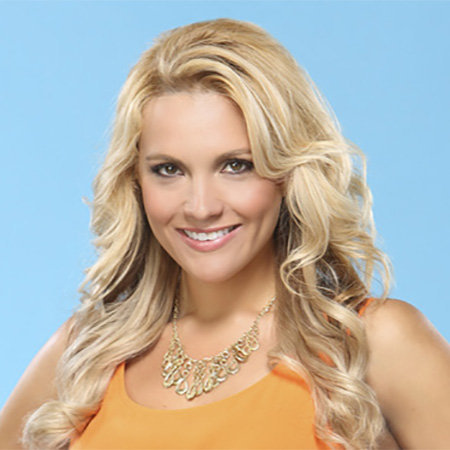 Daniella McBride was born on 29th of June, 1988 in San Francisco, California, United States of America. She was born to her parents Walter McBride and Gail McBride. A year after her birth, her parents gave birth to her younger sister, Kaitlyn Sara McBride.

To receive her early education, Daniella McBride attended Carlmont High School in Belmont, California, United States of America. She was involved in dance and choir, swimming and theater since her school days. She was very interested in modeling and acting since her childhood. Her parents raised her up along with her younger sister.

Daniella McBride interned with various companies in the entertainment business including Ryan Seacrest Productions, E! and The Insider. After her graduation from Long Beach University, she hosted a program on Clubben TV. The program was a webisode series showcasing nightlife in California and Las Vegas.

Besides this, Daniella McBride also worked in production and casting for NBC’s The Marriage Ref. and ABC’s Supernanny.  Moreover, she was also cast in NBC’s drama The Playboy Club in the year 2011. However, the program shortly lived. Daniella McBride’s big break came after she joined the seventeenth season of ABC’s The Bachelor. She competed for a wedding proposal from former Kansas football player Sean Lowe. Unfortunately, she was eliminated in the sixth episode. She mentioned that looking for a marriage proposal was not her sole intention of getting into the show.

Her first major motion picture role came up in 2015 film, Buddy Hutchins. She has filmed a cameo in the film. While working as a casting director for Utopia, Daniella McBride traveled various places of US.

Not only this, she has also involved herself with San Francisco-based nonprofit, Real Options for City Kids.

She has currently based herself in Los Angeles. Daniella McBride has been dating Marc Hatfield.  Her boyfriend Hatfield is a Google content partner since 2005. She might have plans to get married but has not married yet. Besides her profession, Daniella McBride loves to travel, work out, and meet new people.

She stands beautiful and sizzling with an attractive figure. Her net worth is estimated to be high accumulated from her high salary as an actress, model, and casting director.