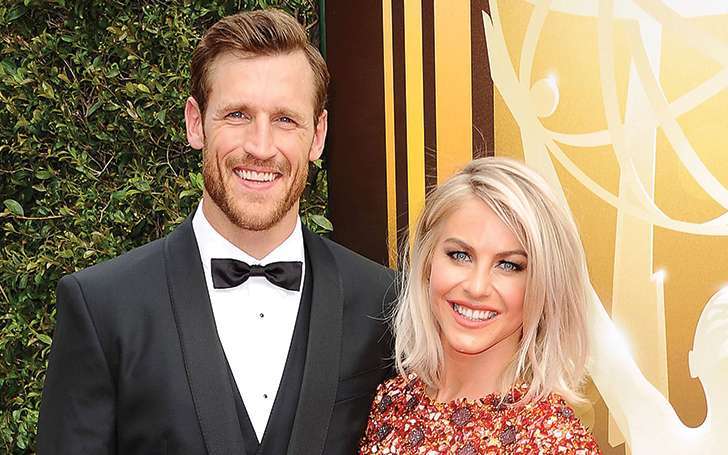 Congratulations to Julianne Hough and Brook Laich!  The Dancing with the Stars' judge Hough and the NHL star Laich got married on Saturday 8th July.

Hough and Laich reached the decision of marriage after spending quite long time together, they dated each other for over three years before getting engaged. Get all the details of their marriage here.

Julianne Hough and Brook Laich are a Married Couple Now

The 29-year-old American dancer/actress Hough and the Canadian Ice hockey player Brooks Laich have exchanged their vows in an intimate wedding ceremony on Saturday afternoon, organized near Coeur d'Alene, Idaho. The wedding ceremony was attended by over 200 guests including their family and close friends.

I don't think I ever really necessarily dreamed about my wedding as a kid, but I know will always cherish and remember it for the rest of my life.

The Troy Williams managed wedding weekend started with a welcome dinner at the Blackwell Hotel on Thursday night, followed by a beach day on Friday on the lake at Coeur d'Alene Resort.

It was a much-awaited wedding as the couple got engaged back in August 2015 after spending two long years together as girlfriend and boyfriend. The gorgeous diva announced her engagement to the NHL player via Instagram on 18th August 2015 wit a picture she captioned:

We are overwhelmed with joy and excitement to share with you our recent engagement! #fiancé #love.

The picture seems to be taken soon after Brook proposed her. They definitely hired a photographer, but who wouldn't?

Their romance blossomed after their first meeting in late 2013 when they were introduced by their mutual friend Teddy Sears who worked with the actress in the movie Curve. As per some online sources, they went to Disneyland as their first overseas date where they were spotted holding hands and kissing.

Julianna Hough and Brook Laich spending their free time together

Afterward, in February 2014, Laich confirmed their relationship in an interview with Washington D.C. radio station 106.7 The Fan.

Aslo Read: Julianne Hough can't wait to get married! Who is she marrying? Find out here

A few days before their marriage, they celebrated the 34th birthday of the NHL player Brook Laich. Julianne and Laich got romantic on celebrating his birthday where they also shared a kissing snap captioning Birthday kisses followed by a video.