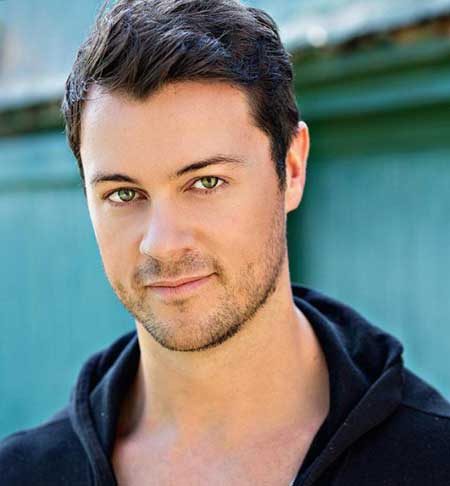 Australian-born American actor, Daniel Gregory Feuerriegel aka Dan Feuerriegel is famous for appearing on the Seven Network soap opera Home and Away as Gavin Johnson. He gained international fame after playing the role of Agron in the television series Spartacus: Blood and Sand, Spartacus: Vengeance and Spartacus: War of the Damned.

Daniel Feuerriegel was born under the birth sign Scorpio on October 29, 1981, in Sydney, Australia but later settled in Los Angeles, California. Feurriegel holds Australian nationality and belongs to the White ethnicity.

He grew up along with three siblings; one younger sister and two brothers (Nathan and Justin).

Regarding his education, he completed his college level from Feuerriegel Villanova College (Catholic school). In 2002, he graduated with a theater degree from Queensland University of Technology.

Dan Feuerriegel started his career in 2004, appearing in the Theatre show, Sleeping Around. The same year, he performed in several shows such as Little Malcolm and his Struggle Against the Eunuchs, Song of the Yellow Bittern, and They Shoot Horses Don't They.

He made his big-screen debut in 2005 with his apperance in the movie Small Claims: White Wedding as Brendan Rigby. Prior to this, he appeared in numerous movies such as Boys Grammar, Burke & Wills, True, Ruin, Cryptic, and Pacific Rim Uprising.

Being an actor for a long time, Dan Feuerriegel has undoubtedly earned a handsome sum of money. As of 2019, we can say he has a net worth in six-digit figure, however, his exact net worth is yet to be revealed.

His movie Pacific Rim Uprising earned $290.5 million at the box office under the production budget of $150 million. In the film, he has appeared alongside John Boyega, Scott Eastwood, Charlie Day. We can say he might have received an exquisite paycheck.

The 37-year-old Australian-American actor Feuerriegel is currently in a relationship with Jasmine Jardot. He has been dating Jardot for over four years as per his Instagram post. 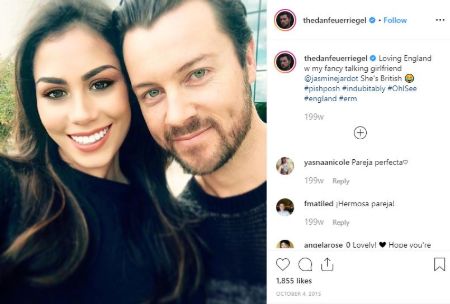 In the post, he also confirmed his girlfriend is a British and works in Hollywood as an actress. The couple is still enjoying their love life. Also, some of the sources have disclosed that they are getting married soon, however, they are yet to address the news.

Dan Feuerriegel was diagnosed with a heart problem, known as the inborn heart piece. Due to this, he underwent surgery at 17 to have a pacemaker installed inside his chest.