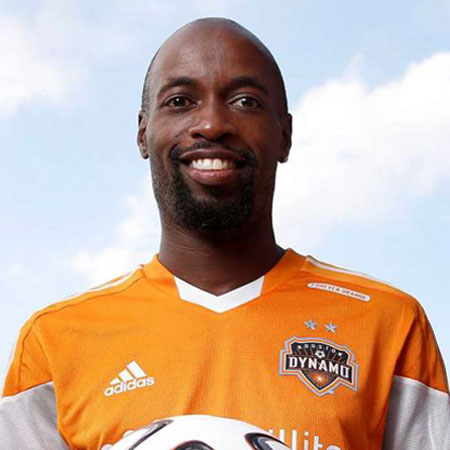 An American Footballer, DaMarcus Lamont Beasley popularly known as DaMarcus Beasley, was born in the year 1982 May 24 at Fort Wayne, Indiana, USA. Joetta Beasley and Henry Beasley is the name of his Parents. His older Siblings, Jamar Beasley, is a member of the Syracuse Silver Knights and the United States National Futsal Team. He is 32 years of age and cherishes the height of 173 cm and has the body weight of 126 lbs. He was born and brought up in America. He made his professional debut in the year 1999. His current Salary is of Net Worth 3.5 million US Dollars. DaMarcus Beasley has launched a jewellery collection collaborating with The Diamond Studio, a Scottish jewellery suite. His car was firebombed in Feb 2010 infront of his house in Glasglow. He is in a relationship but has not disclosed the name of his Girlfriend. It is reported that his girlfriend works for D.C United. There is no other information available on the personal life of this player.

DaMarcus Beasley is an enthusiastic and energetic Defender and midfielder. He is very talented. He has displayed himself as a dazzling winger over the years.  He has strong left foot. He is physically strong having good strength and stamina maintaining the pace and durability in the game. He gives powerful shots and has got excellent acceleration in the game. He has good positioning in the team. Because of the good speed at the pitch, he is called a speedster in the squad. He gives acrobatic moves in the pitch in and to possession of the ball. He is a technical dribbler but is prone to injuries. He needs to improve at marking skills. His international reputation is low. His work rate is rated medium based on performance.

DaMarcus Beasley started his youth career joining at IMG Academy in Florida in the year 1998. Before moving to Florida, he used to play at South Side High School for two years. He made his professional debut from the club Los Angeles Galaxy in the year 1999. He was directly loaned to MLS Pro-40 after his contract having no chances to represent the club in the same year. After the release from his loan, he signed with Chicago Fire in 2000. He remained in the team for fours appearing in 98 matches with 14 goal scores on his account. In 2000, he was transferred to the former club MLS Pro-40 on loan where he appeared in 3 matches. In 2004, he joined with the Eredivisie club called PSV Eindhoven. He spent 3 years of his career at this club appearing in 56 matches with 10 goals.

DaMarcus Beasley was loaned to Manchester City for the season 2006/2007 by PSV Eindhoven appearing in 18 matches with three goals. After being released from PSV, he signed with the Rangers. He is the second American to play for Rangers. He played in 29 matches from the team with 4 goals. In 2010, he joined at Hanover 96 for the season of 2010-2011 appearing in 4 matches. After the release from Hanover96, he joined with Peubla. He is in the team since 2011. He was playing in the then Current Team of Puebla as a midfielder from squad No.11.  He is now without club as the contract of DaMarcus Beasley with Puebla ran out.

DaMarcus Beasley is in the first team of United States Men’s National Soccer Team since 2001. He has appeared in 116 cap matches from this team with seventeen goal scores. He is playing as a Defender wearing jersey No.7 from this team. He has the experience of playing in United States under 17 and under 20 National Soccer Team in the year 1999 and 2001 respectively. He has played in three world cups representing United States so far. He will be in the team in upcoming 2014 FIFA World Cup. His images and pictures can be viewed on different internet sites.