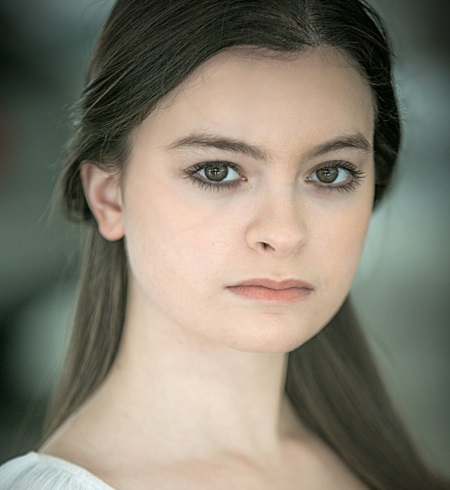 Dalila Bela is a popular Canadian actress who came into the spotlight for appearing in the television series Old Squad and the movie Diary of a Wimpy Kid. Likewise, she also has worked in television series like Anne with an E.

Where Was Dalila Born?

Dalila was born on 5th October 2001, and is 18 years old, as of 2020. She was born in Montreal, Quebec, Canada and belongs to the Canadian nationality. Her ethnicity is mixed; English, Brazilian, French, Spanish, and Panamanian.

Dalila did not reveal the name and details of her parents; however, her mother is from Brazil, whereas her father is from Panama. She grew up with her two younger brothers; Raphael and Bruce.

Actually, Dalila started her profession at the age of five when she appeared on a national commercial. Officially, she started acting career in 2009 as a young girl in Mrs. Miracle, as a little girl in Supernatural, and as Jenny Burgess in Fringe.

Regarding film career, Dalila started her movie career in 2010 as a granddaughter in the movie, The Stranger. In 2011, she appeared in movies like Joanna Makes a Friend, Red Riding Hood, and Diary of a Wimpy Kid: Rodrick Rules.

In the following year, Dalila appeared in Diary of a Wimpy Kid: Dog Days and Grave Encounters 2. Besides this, she has worked in Odd Squad: The Movie and The Adventure Club.

Dalila, who openly shares about her professional and family details, has kept her personal life, including relationship and dating history behind the curtains.

Till the date, Dalila has not talked anything about her boyfriend and partner. For now, she is reported to be single.

Happy Birthday, Filip, my partner!! Hope you have a wonderful and fantastic day filled with joy and prosperity! May all your wishes come true! Wish I was there with you!

Back in April 2017, she uploaded a photo with a guy named Filip Geljo. This picture made everyone suspect if the guy is his boyfriend. However, their romance rumors later vanished in the thin air.