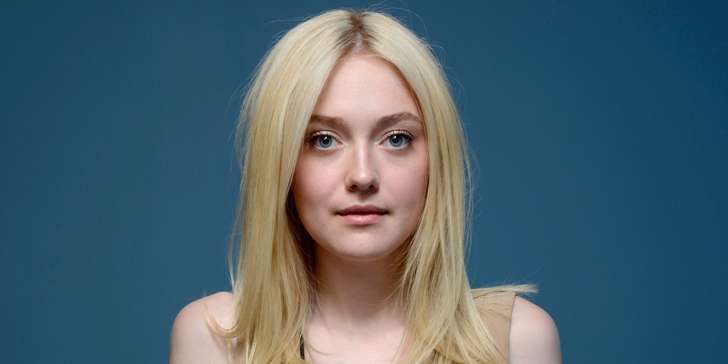 Dakota Fanning was born on February 23, 1994, in Conyers, Georgia. She was born into an athletic family as the daughter of a minor league baseball player and a tennis player. Her mother enrolled Dakota in an acting class at an early age. She started her career at a very young age and landed her first commercial when she was just five and earned a Screen Actors Guild Award for her work with Sean Penn on I Am Sam. She also played Tom Cruise's daughter in the 2005 remake of War of the Worlds. She lent her voice in the animated film Coraline based on a book by Neil Gaiman and she has featured in the Twilight film series. Fanning first found success in commercials and on television.

In 2000, she appeared on such programs as ER, CSI: Crime Scene Investigation, and The Practice. Fanning then earned a Screen Actors Guild Award for her work with Sean Penn in I Am Sam. In the film, she played the daughter of a man with mental disabilities who becomes the subject of a custody battle. Fanning's younger sister Elle also appeared in the film. The following year, Fanning played a young version of Reese Witherspoon in the popular romantic comedy Sweet Home Alabama. She also appeared in the science fiction television miniseries Taken, developed by Steven Spielberg, around this time. In 2003's The Cat in the Hat, Fanning played Sally, a beloved children's book character who, along with her brother, must contend with a visit from the title character. She also starred with Brittany Murphy in the widely panned comedy Uptown Girls Taking on more substantial subject matter; she appeared opposite Denzel Washington in the crime thriller Man on Fire.

She played a young girl kidnapped by a Mexican crime cartel, and Washington portrayed the former assassin turned bodyguard who works to save her. Continuing to work with A-list stars, she also appeared in the thriller Hide and Seek with Robert De Niro and starred opposite Kurt Russell in Dreamer: Inspired By a True Story. She also lent her voice as Lilo Pelekai in the Disney animated movie, Lilo & Stitch 2: Stitch Has a Glitch. Returning to more kid-friendly fare, Fanning starred in the film adaptation of Charlotte's Web based on the book by E. B. White. Creating controversy, Fanning appeared in the independent 1950s drama Hounddog (2007). She played a poor southern girl with an obsession with Elvis Presley who endures a sexual assault at the hands of an older teen. Some were shocked by the rape scene because of Fanning's young age and thought that it could have been potentially damaging to the 12-year-old actress. Others criticized her parents for allowing her to work on the project. Objecting to the criticism, Fanning said that the personal attacks aimed at her family were "extremely uncalled for and hurtful," according to a report in USA Today. The following year, Fanning starred in another southern drama, The Secret Life of Bees.

She played a young girl who runs away from home with her caregiver and finds sanctuary with three sisters. Trying her hand at an action film, Fanning appeared in Push as a girl with paranormal powers. The film proved to be a commercial and critical flop. She had better luck with her voiceover efforts that year, voicing the title character in Coraline, a fantastical tale by Neil Gaiman about a girl who finds a seemingly better version of her family by opening a door to an alternate world. She has been a part of many great movies. Also in 2009, Fanning had an appearance in the hit film New Moon, the second installment in the popular teen vampire films based on the Twilight books by Stephenie Meyer. She had a supporting role in the film, playing Jane, a vampire who can hurt people just by looking at them. During the making of the film, Fanning became good friends with actress Kristen Stewart.

The two then worked together on The Runaways, which chronicled the rise and fall of the innovative 1970s all-girl punk band. Stewart played rock icon Joan Jett while Fanning played Cherie Currie, the group's lead singer known for her highly sexual stage persona. The film is based on Currie's autobiography Neon Angel: A Memoir of a Runaway. Fanning reprised the role of Jane in 2012's The Twilight Saga: Breaking Dawn Part 2. In addition to taking on more acting projects, she also hopes to get a chance to work behind the camera. "I would love to direct someday. I've learned a lot from watching the directors I've worked with, like Steven Spielberg and Gary Winick," she told Time magazine. There were rumors about her affair with Jami Strachan, which came out to be true. She is now dating him.