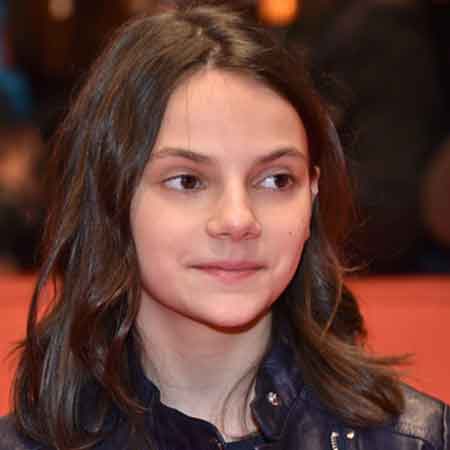 Dafne Keen is one of the promising British-Spanish actresses. Daughter of the popular British actor, Will Keen and Spanish actress and writer María Fernández Ache, Dafne was born to be a star. She made her acting debut at the age of nine alongside her father in the 2014 television series, The Refugees, however, rose to fame after appearing as Laura in the blockbuster movie Logan in 2017 alongside Hugh Jackman.

Dafne Keen was born on 19 January 2005, in Spain. She is the daughter of Will Keen, a British actor, and Maria Fernandez Ache, a  Spanish actress, theatre director, and writer. Her father works in theatre and television in both Britain and Spain is really appreciated. Some of his TV works include  Wolf Hall, The Musketeers, Silk, Sherlock (TV Series), The Impressionists, Midsomer Murders, Wired, and Casualty 1907.

Keen paternal grandfather was peer Edward Curzon, 6th Earl Howe. She is spending her wonderful childhood days along with her parents in British and occasionally she visits Spain too.

Keen is from a family of multitalented and gained such huge popularity within a short time for her amazing amateur acting skills.

Dafne Keen started her acting journey by appearing in the TV series The Refugees in 2014. And she played the role in the series alongside her father Will Keen, Natalia Tena, and David Leon.

Keen made her biggest breakthrough following her breakout performance in a 2017 superhero movie Logan.  She appeared as Laura, the mutant child of Wolverine played by Hugh Jackman. In the box office hit movie, the teen actress shared the screen along with Patrick Stewart, Stephen Merchant, and Boyd Holbrook. For her iconic role in the movie, a teen actress won a number of accolades such as MTV Movie & TV Awards and Empire Awards.

Her character as Laura originally known as X-23 which was originally created by writer Craig Kyle for the 2003 TV series X-Men: Evolution.

As of 2018, Keen is busy with her upcoming projects Ana and His Dark Materials.

At such a young age Dafne Keen has gained huge attention after landing in a number of significant roles in several successful projects. The exact amount of her net worth is yet to be revealed but her marvelous performance in the superhero movie Logan obviously paid her a hefty paycheque. The movie made a whopping box office collection grossing around $619 million against its producing cost $97 million.

Dafne Keen has won the heart of millions of fans at such a short span of time and there is no doubt that she is the future of Hollywood.

Keen currently is focused on her studies and acting career and lives a low-key personal life. She is obviously very young to be in a relationship.

Keen stays with her parents at their lavish house and is very close to them.

This one is my favourite... @bbcone @hdmat_official

Besides, the rising actress is also popular on social media and has more than 179K followers on her Instagram account as of Dec 2018.