Cyn Santana is Expecting a child with her Boyfriend Joe Budden, Details about their Affair 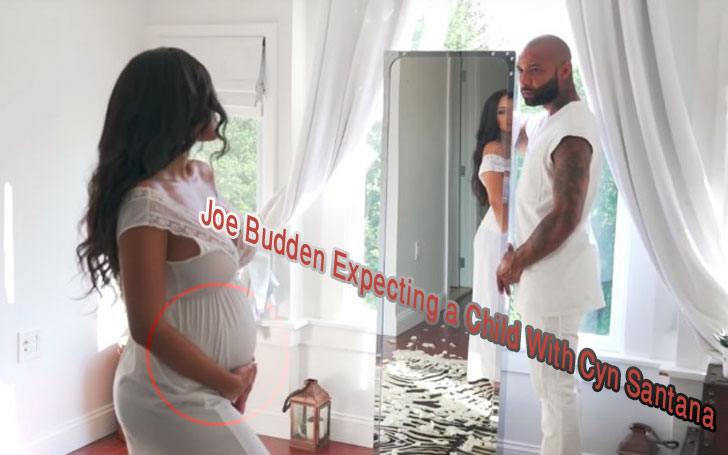 VH1.Com listed Cyn Santana and Joe Budden as the “hottest couple” in November 2016- well deserved too. The couple has been together since 24 July 2016 and after over one year of dating,  the hottest couple has a good news.

Santana and Budden who met on the sets of the reality show Love & Hip Hop is expecting their first baby together. The couple took to Instagram to announce the big news. We have all details about the couple here.

Cyn Santana is Expecting a child with her Boyfriend Joe Budden

Love & Hip Hop star Cyn Santana is expecting her first child with her boyfriend Joe Budden. Santana and Budden met on the sets of Love & Hip Hop and started dating after the show. They are together since about a year.

The twenty-four years old reality star Cyn Santana shared the big news on her Instagram through a series of her maternity photos. On the photos shared on Thursday, the pregnant Santana appeared on bikini flashing her baby bump. She hasn't revealed how far along she is in her pregnancy.

"My biggest blessing... In the name of love. Thank you God!"

On the next Instagram post, she shared a video where the lovely couple appeared together and we can see how much love they are with each other. She writes:

"Excited to share this moment with y'all! Thank you for your love and kind words!! I am overwhelmed with joy! "

The thirty-six years-years old soon to be a father and a reality star, Joe Budden,  also shared his happiness to all his fans and shared a sweet picture of himself with his pregnant girlfriend. He wrote

"I never imagined you would be as beautiful as you are today, it's beautiful to be a part of."

"Thank you for not only making me stronger, but for being strong enough for us both most times. Thank you for for carrying my child."

Budden was previously in a long-term relationship with Tahiry Jose. Budden and Jose started dating back in 2005. They ended their seven years relationship in 2012. Despite their break up, Jose gave a positive response toward her ex-boyfriend and his new girlfriend expecting a baby together.

Jose said she is happy for the couple on her tweet.

She replied to another fan:

“Naw, it came up in my feed. I’m genuinely happy for them. We have NO beef. I forgot y’all like messy s–t. And don’t know us. Or my heart. FOH. Pls stop trying to make it into what’s not,”

This is the first child for Santana and Budden together, but the second child for Slaughterhouse rapper, Budden, already has a son, Trey, from a previous relationship.

Santana and Budden first met on the sets of Love & Hip Hop. But they didn't date during the show. The speculation of Santana and Budden dating sparked since last August after the pair appeared together on series of dates. The couple celebrated their one year anniversary on 24 July.

Joe shared a picture of his beautiful model girlfriend for the occasion and expressed his love for her saying:

"Tone Toni Tony - Anniversary.... Thank you God for working through this woman to provide what's been the greatest year of my life... love you beautiful @cynsantana"

Santana also shared a sweet picture in which she and Budden appeared kissing on a romantic candle light dinner. She captioned the picture:

"Everything I was looking for I found in you. Thank you. I love you. Happy anniversary @joebudden "

The online site vh1.com also mentioned Santana and Budden as the “hottest couple” in November 2016. We congratulate the couple and hope the child only increased the love between the couple.