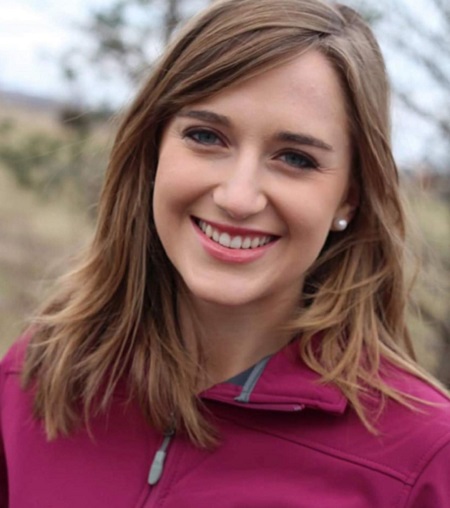 Cristina Alexander is a Mexican journalist who is currently engaged with ESPN Latin America. She presents the new edition of ESPN Mexico’s news SportsCenter with Sergio Dipp. The journalist is a fan of FC Barcelona and Monterrey.

Where Was Cristina Born?

Cristina was born on 10th November 1991 and is currently 28 years old. She was born in Mexico and belongs to Mexican nationality. As of now, she resides in Houston, Texas, the United States of America.

Cristina is yet to open up details on her early life, childhood, parents, siblings, and family life. Regarding educational background, she joined the University of Missouri-Columbia in 2010. She graduated in 2014 with a Bachelor's Degree in Journalism.

While Cristina was studying at the University of Missouri-Columbia, she started her journalism career. She began her career in 2013, working on the Komu 8 News. She specializes in sports journalism.

In 2014, she joined Univision Deportes Network as a sports reporter. She worked in the network for a year. She now is the co-anchor for ESPN Deportes and ESPN Mexico’s daytime SportsCenter alongside Sergio Dipp. She also is the ESPN correspondent in Guadalajara for around two years.

The beautiful journalist is already taken. Though there are no headlines of her relationship broadcasted in the media, her Instagram shows that she is engaged to be married.

Cristina has not revealed the name and details of her partner. However, according to her Instagram post, she got engaged on 31st December 2019. In the post, she mentioned that the date was the best day of 2019.

Cristina did not disclose her plans of tying the knot.

Cristina Alexander’s Net Worth In 2020

The rising journalist for ESPN collects a considerable figure of money from her professional journalism career. According to Gla s sDoor, ESPN journalist earns $57,638 per annum; so, Cristina might also receive in the same range.

As of 2020, Cristina Alexander’s net worth is estimated to be around $250 thousand. Her primary source of income is ESPN.