Best known for appearing on the TV series, Bada s s!, Crissy Henderson is an American Model and television personality. She is also known for competing and winning the Lil Miss Texas Baby Pageant.

Crissy Henderson's full name is Christan Lee Henderson. She was born on March 6, 1987, in Dallas, Texas, the United States of America. As of 2020, she is 33 years old.

Crissy is an American by nationality. She belongs to the mixed ethnicity due to Lebanese, German, and Scottish background.

When it comes to Henderson's personal life she prefers living a low key life. It is quite difficult to find all details regarding her family, siblings, and educational background.

Henderson always love to be in front of the camera. At the age of 3, she became the winning of the Lil Miss Texas Baby Pageant. Similarly, she also participated in numerous beauty pageants.

Eventually, Crissy started her modeling career and featured in the music video titled Kill the DJ for the rock band, rock band Green Day. After that, she launched the radio show called MZ Live along with her friends in 2009. Likewise, she even hosted the TV show, Leather and Laces with Carmen Electra.

33 years old model began her professional journey in short-film Level 26: Dark Origins in 2009. The next year, in 2010, she debuted on the television self appearing in the doc u mentary series Playboy Cyber Girls. 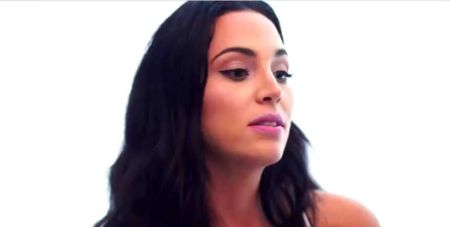 Additionally, in 2011, Henderson featured as the Bada s s Girl in some episodes of the TV show Bada s s!. The same year, she portrayed the role of Jessica in the film Deadline.

Furthermore, the talented television personality is also a part of movies and TV shows such as A Broken Code, Player vs. Pain, Behold the Noose, Chaos, and Neon Days. Besides that, Henderson launched the cosmetic line Willow Grace Beauty in order to help victims of domestic violence in 2013.

The model and TV personality earns an impressive sum from her career. As per some reports, Crissy Henderson has an estimated net worth of $500,000 in October 2020.

Personal Life: Is She Dating Anyone Or Single In 2020?

Previously, the TV star Crissy was engaged to metal rock singer Ronnie Radke. She along with her ex-fiance shares their only child, daughter, Willow Grace Radke. 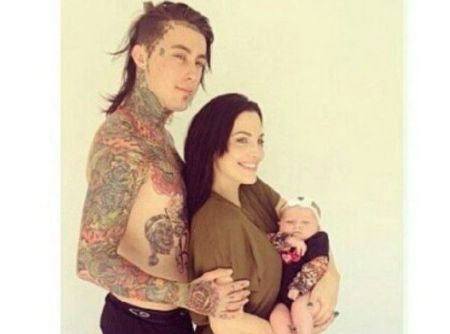 5 feet 4 inches tall model's personal life in under wrap. Her current relationship status is not clear. Henderson has always kept her private life including very confidential. The information of her boyfriend or partner is really hard to find.