Craig Olejnik is a Canadian actor famous for the role of Toby Logan in The Listener. In 1995, the actor debuted in the entertainment industry as Jimmy MacNeil in the British-Canadian drama film, Margaret's Museum. 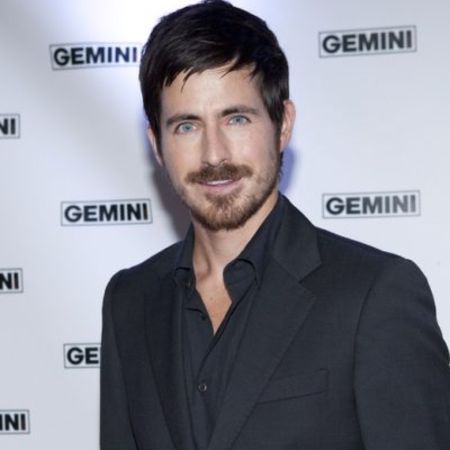 Later, Olejnik joined the cast of the American drama series Runway as Jake Bennett in 2006. In 2009, Olejnik got a breakthrough role of Toby Logan in the Canadian fantasy drama series The Listener. He worked with Ennis Esmer, Lisa Marcos, and Lauren Lee Smith in the series.

Talking about his recent works, he appeared as Sensei Rex in the American comedy-drama television series Girlfriends' Guide to Divorce in 2017.

What Is Craig Olejnik's Net Worth

According to some reports, the 40-year-old Canadian actor has a net worth of $800 thousand in 2019. He mostly gathered his net worth from his profession as an actor. Meanwhile, the average Canadian actor earns around $38,620 per annum.

Olejnik is believed to have ama s sed a handsome chunk of money from his involvement in the entertainment industry. One of his movies, Thir13en Ghosts, made a whopping Box Office collection of $68,467,960 against the budget of $42,000,000.

Craig Olejnik was born on June 1, 1979, in Halifax, Nova Scotia, Canada. His father was in the military. He holds Canadain nationality and belongs to the white ethnic background.

The actor stands at a tall height of 5 feet 10 inches. Regarding his education, Olejnik went to the West Kings District High School in Auburn, Nova Scotia.

Actor Olejnik is married to Faviola Perez. They got married on 11 January 2019, at the Hacienda Punta Piedra. But their wedding date is not officially confirmed yet.