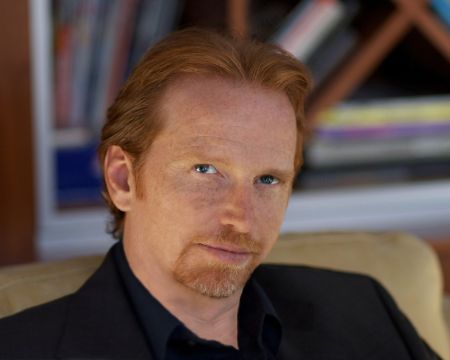 American actor Courtney Gains, who active in acting since 1984, indeed has carved his name among Hollywood successful personalities. Over these years, Gains records more than 120 acting credits but even now, he widely popular for portraying Malachi in the horror film Children of the Corn (1984). Moreover, he worked in the movies such as Back to the Future (1985), Can't Buy Me Love (1987), Colors (1988), The 'Burbs (1989), and Memphis Belle (1990).

Despite these facts, being accused by an ex-girlfriend for the nefarious activity of threats, the actor did saw slice-through in his reputation.

Where Is Courtney Gains From? How Old Is He?

Raised in an American family, Courtney hails from a white ethnic background. However, he has sealed details regarding his parents and siblings.

As reported, he graduated from John Marshall High School.

Celebrates Over 3 Decades In Film Industry

Los Angeles-based actor Gains made his acting debut with the 1984 film Children of the Corn and came to the limelight. The same year, he acted in CBS Schoolbreak Special, Hardbodies, and Lust in the Dust.

Courtney was one of the well-known figures of the entertainment world during the 1980s with a variety of roles in movies and series. In 1985, he came to the limelight for the portrayal of Dixon in the science fiction film Back to the Future starring Michael J. Fox, Christopher Lloyd, Lea Thompson, and Crispin Glover.

Eventually, 55 years old actor has also appeared in films such as Can't Buy Me Love, Colors, The 'Burbs, Memphis Belle, Sweet Home Alabama, and Benny Bliss and the Disciples of Greatness.

Furthermore, Courtney's other notable acting credits include movies and TV shows like Dorm Daze, Desolation Canyon, Seinfeld, Monk, My Name is Earl, Nash Bridges, Charmed, Alias, In the Heat of the Night, Texas Rising, and many more.

Besides films and TV series, Gains is also a part of the music industry. As a musician, he had once performed live along with the rock band, Phish. Similarly, he even released an EP with his band Ripple Street in 2013 and following that a Full LP in 2016.

What Is Courtney Gains Doing Now?

In 2020, after working in the films: Charming the Hearts of Men and Await the Dawn, the American actor made most recent appearances in The Bleeding Dark (2021) and Death Cam (2021). As per IMDB, a bunch of on-screen projects awaits Courtney Gains in the coming days.

His upcoming 2021 movies are American Bigfoot (filming) and River (post-production). Courtney Gains' projects under post-production include My Red Neck Neighbor, The Next Cassavetes, Hellblazers, and Haunted: 333. Films such as The Red Man's View, Eden Falls, and 3rd Floor, are under pre-production.

It is announced that he would portray Mr. O'Leary in Turning Tables, and the manager in HOLLYWOODLAND of HOPE & LIES.

How Much Is The Net Worth of Courtney Gains?

According to Celebrity Net Worth, Courtney Gains has an estimated net worth of $3 million in 2021. While no other source of his income is recorded, Gains' earned his fortune through the acting career spanning nearly 3 decades. With a variety of roles in numerous TV series and films, the American actor did collect a decent sum of money but never bragged about his earnings.

Allegedly, with such a caliber, the Children of the Corn star makes a yearly revenue in the 6-digit figure. On average, an actor in the United States gets a salary of $57,000 annually.

The current relationship status of Courtney is not clear. But he was definitely in a relationship in the past. It is not known whether he is dating or married to the wife as of 2021.

Previously, Gains was in a romantic affair with Kelley Marie Pospisil. The couple dated for 2 years then broke up. His then-girlfriend claimed he harassed her and filed a restraining order against him.

As per TMZ, Courtney sent her threatening messages on her mobile due to which she asked for legal help. Also, she said that he had been abusive to his past girlfriends as well.  Gains' previous partner Kelley even asked the judge to keep the actor at least 100 yards away from her at all times. Later, the court granted a protective order for her.