Couple Bryce Harper and Kayla Harper, Warming up for their First Child 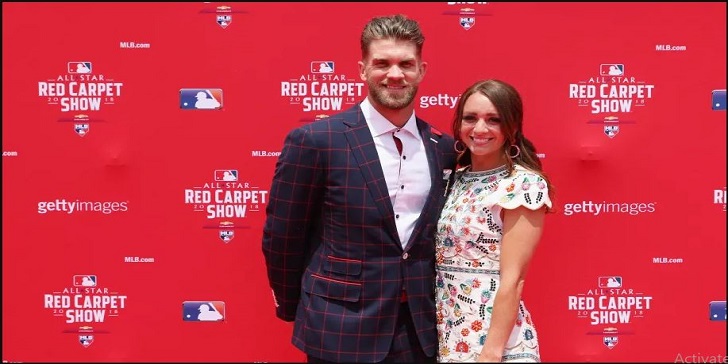 Philadelphia Phillies' right fielder, Bryce Harper and his wife Kayla Harper are warming up to welcome their first born.

The couple announced that they are expecting their first child on 1st April 2019, and although it was on April Fool's Day, the couple is anticipating the arrival of a new family in August 2019.

The recent Phillies right fielder shared a couple of photos in Instagram followed by the announcement on Monday.

The couple took a photo in front of the Benjamin Franklin Bridge.

Another post in Twitter features a sonogram of the baby on top of a custom made Philadelphia Phillies' jacket.

Kayla Harper shared the same post with the words "Wrigley’s gonna be pissed... Baby Harper making HIS debut Aug. 2019 #littleman." as the caption.

The couple were engaged in 2014 and were set to be married in the January of 2015 but the wedding never took place as the couple went through a brief split.

Kayla Harper and Bryce Harper announced their re-engagement in July 2016.

They finally got married in an intimate wedding ceremony in December 2016 at the San Diego California Temple.