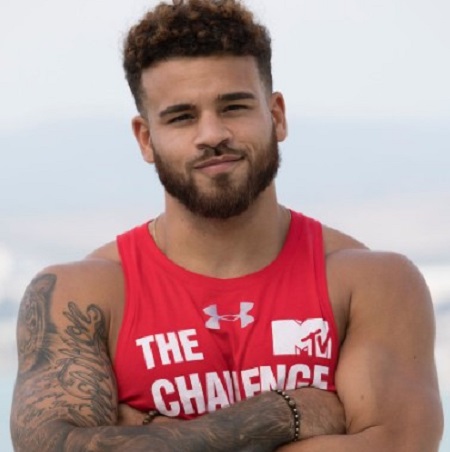 Cory Wharton is a rising American reality star, fitness coach, and model, who came into the spotlight for appearing in the reality television shows like The Real World: Ex-Plosion and The Challenge. Before starting his television career, he worked at Equinox, a fitness club, in West Hollywood.

Where Was Cory Wharton Born?

The reality star was born on 5th March 1991 and is currently 30 years old. He was born in Grand Rapids, Michigan, the United States of America. As of now, he resides in Los Angeles, California. His nationality is American.

Regarding Cory’s educational background, he studied at Christian High School and graduated in 2009. He then attended Grand Rapids Community College. He also has studied sports management at Ohio Dominican University.

Just a month after residing in Los Angeles, he auditioned for the popular MTV show, The Real World in 2014. His heroic look brought him huge attention and soon became ladies' and fans' favorite. He has also appeared in around 63 episodes of The Challenge. The MTV star also appeared in reality series Ex on the Beach.

Cory then went on to host TMI Hollywood and even presented at the Reality Television Awards.

As of now, he is busy with his youtube channel “The Wharton Family” where he shares the inside look of his family life and relationships.

The MTV personality is a father of two kids, both daughters.

Talking about Cory’s personal life and relationships, he has been involved in a couple of relationships. As per sources, he had an on and off relationship with fellow Real World alum Lauren Ondersman. They started dating when they were studying in the seventh grade. 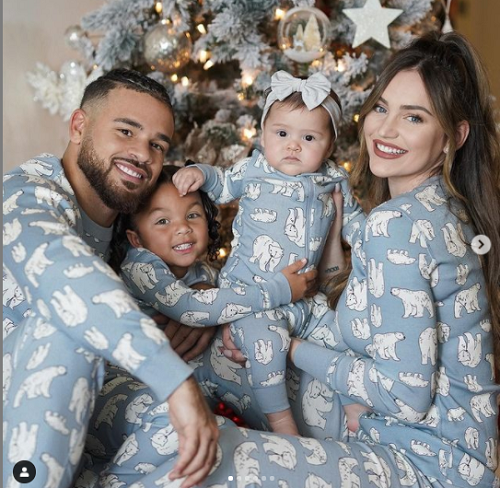 CAPTION: Cory Wharton with his partner and daughters SOURCE: Instagram

Cory then started dating MTV personality, Kristyn Cheyenne Floyd. The two welcomed a daughter named Rodyer. There were also rumors that the former couple was engaged.

After breaking up with Kristyn, he started dating Taylor Selfridge, who is a reality television star. In April 2020, the pair welcomed their first child, daughter Mila Mae together.

The couple seems very close together and stronger than ever after many ups and downs in the past year. Their show titled Teen Mom OG At Home: Cory & Taylor’s Baby Special was pulled from MTV when Taylor's racially insensitive statements resurfaced on social media.

MTV pulled Teen Mom OG At Home: Cory & Taylor’s Baby Special from its Tuesday schedule and is ending our relationship with Taylor Selfridge in light of her past racist statements on social media.

“I have not parted ways with MTV. That needs to be understood. I’ve learned that burning bridges is never the solution. Even though I have no ill-will against MTV, I am disappointed and saddened by their decision. As all of you know, narrative is a very powerful tool. I feel like the narrative that you want about me should be accurate. It should be true, and it should be from me. This is why I am putting all of my time, energy and effort into my YouTube channel, “The Wharton Family.” That’s where you’ll get an inside look at my family as we build our life together.”

Besides this, there were rumors of him being in a relationship with Alicia. But, the rumors faded away after Alicia mentioned Cory as her complicated friend.

Being an MTV personality, Cory has been definitely earning a high figure of money. As of 2021, his net worth is $600 thousand. The 6 feet tall in height television personality also earns hefty from being a personal trainer and modeling career.

The average salary of a personal trainer is around $36, 160, so, he might also be earned in the same range.