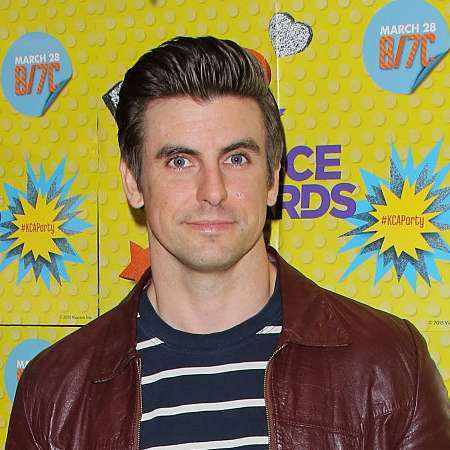 Cooper Barnes, an English actor/director, is known for his roles of Rupert in The Perfect Host. He has appeared in various films and TV series including Henry Danger, Shortcomings, Sunken City and Jessie. He is the founding member of the sketch comedy troupe Frog Island, a recurring sketch player on Conan, and has starred as Deputy Sam Byron in Defending Santa.

Cooper Barnes was born on April 15, 1979, in Sheffield, United Kingdom, under the birth sign Aries. He was raised in suburban Michigan town United States in a middle-class family. He is of English nationality and Caucasian ethnicity.

Cooper Barnes attended the Northville High school and earned his graduate degree from there in the year 1997. Cooper with interested in acting since his young age. He used to participate in several drams and acts in his college days.

After completion of his high school level he moved to LA just to start his acting career.

Cooper made his acting debut in 2001 when he was featured in the movie Digging in Earnest. Cooper then featured in several series including Jessie, Suburgatory and Switched at Birth. He was also a cast in the TV show Cold Case sharing the screen alongside Kathryn Morris, Danny Pino, John Finn, Jeremy Ratchford, Thom Barry, Tracie Thoms, and Justin Chambers.

...and here's a slightly more recent one, courtesy of my friend @beepsmith

Cooper has been also featured in several other movies and series like I Am That Girl, H-Detector, The Perfect Host and Sweet Judy Blue Eyes.

In 2014, he was selected as one of the lead characters in the Nickelodeon’s TV series Henry Danger. The series is airing at Nickelodeon since 2014.

On Henry Danger, he has portrayed Ray Manchester/Captain Man. In 2015-16, he also voiced for the animated version of Henry Danger titled Henry Danger Motion Comic, a mini-series.

In 2017, he appeared in TV series The Loud House. He is currently engaged with a movie edition of Henry Danger and TV series Shortcomings. He currently appears in TV series Henry Danger. Barnes featured in the action, adventure movie Henry Danger: The Movie featuring Jace Norman, Riele Downs, and Sean Ryan Fox.

Besides his acting career, he has also been active in sketch comedy, Cooper is also a founding member of comedy troupe Frog Island. As Deputy Sam Byron Cooper has appeared in the Defending Santa. Cooper has also provided his magical voice in Escape from the Planet Earth for two characters.

Cooper Barnes's Net Worth And Salary

Cooper Barnes' has not disclosed his exact net worth but the site heightline has claimed it be $10 million. According to a source, Henry Danger stars receives $30K for each episode of the series.

Cooper is especially famous among the children for his TV role and has thousands of fans following his Twitter account.

Cooper Barnes is a married man. He is married to English actress Liz Stewart since 2015. The couple started dating back in 2012 and dated nearly three years before getting married.

Barnes and Stewart married on October 3, 2015. The couple also has a daughter together. Cooper and Stewart are happily married without any divorce rumors.

CAPTION: Cooper Barnes with his wife and daughter SOURCE: Pinterest

Cooper currently lives in the United States along with his wife and family. He is very active in social media where he has used to share his personal life regularly.

But he has not disclosed his past affair though before marriage he was linked with several ladies the details information about his previous girlfriend and dating has not been disclosed.

Cooper keeps interested in sports and he loves watching soccer and tennis. Barnes has also been a huge fan of music. The TV actor is also quite popular on social media especially on her Instagram where he has over $1.1 million followers, as of 2019.

He is a pet lover and has also a black colored cat named Fonzie.