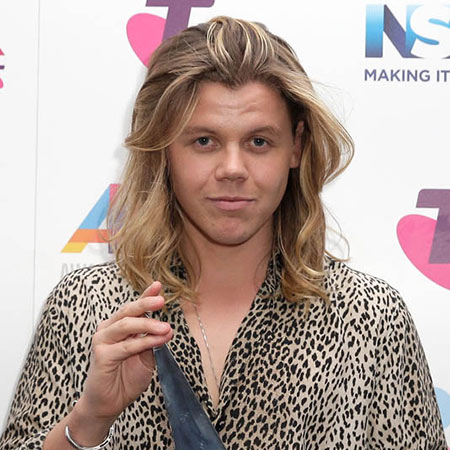 Conrad Ignatius Mario Maximilian Sewell, better known as Conrad Sewell, is an Australian singer as well as a songwriter. Conrad comes from a family of performers as his mother used to be in a jazz band and his sister Grace is also a singer best known for her song “You Don't Own Me”. Born on the 31st of March, 1988 in Brisbane, Australia, he is a graduate of St. Laurence's College. Conrad was sure about growing up as a musician and from a very small age, he taught himself to sing as well as play certain instruments. With moral support from his family, he started to make songs and send demos to different production houses from the age of 9 years. There was never a doubt that he would make it someday and make it big.

Conrad made his name on the big stage after appearing in the second season of Australian Idol in 2004, although he didn’t do very well there. He made his failure an inspiration and started to work with a rock band “Sons of Midnight”, although his pa s sion was into Pop music. He realized that the market for this genre was better in the U.K and after some months of being underground to save some money, he went to U.K. to record his sample album. With not much luck in the U.K, Sewell later moved to the United States of America and he made more fame and success as a songwriter rather than a singer there. Most people might remember the hit song "Firestone" by Kygo but maybe not many know that it was composed by Conrad. Besides that, he started to work on his solo project although he also collaborated with several artists such as Sam Hollander, Eric Rosse, Louis Bell, Brian Lee, who have all worked successfully in the music sector.

His success has taken a worldwide tour, especially in 3 different countries in the major parts of the world. In 2015, he toured Australia with musician Ed Sheeran and performed on 13 tours together. Then in the July of the same year, he got together with Maroon 5 and later in 2015, was seen in U.K with singer Jess Glynne. As a result of his collaborative work with many artists, he has made a reputation for himself along with many fan followers around the world. The numbers of his followers keep increasing as he already has over 54 thousand followers on his Twitter. Also, you can find him on Instagram with over 74 thousand fans who keep updated with all his latest posts and activities.

Although he claims that he has not been able to live the “Rockstar” lifestyle, he is also not known to have had any girlfriend till now. He doesn’t seem to have a great deal of net worth, nor is connected to any charity in any country. Conrad, who loves to hate the media, also hasn’t revealed his net worth till now, probably because it is more than expected. But we hope we will find out about it pretty soon. Having released over half a dozen of songs of his own, he has, however, worked jointly with many popular singers, and you can visit his official YouTube channel to have a peek at his music videos.