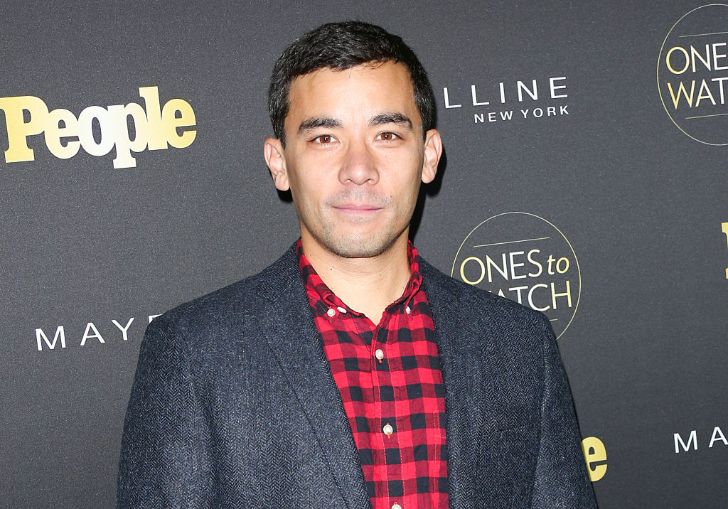 Conrad Ricamora, an American stage as well as on-screen actor is widely famous for portraying Oliver Hampton in How to Get Away with Murder (2014-20). Professional since 2006, Ricamora made film appearances in Talladega Nights: The Ballad of Ricky Bobby (2006) and The Light of the Moon (2017). Along with a TV career, Ricamora marked prominence in stage productions as well.

Openly gay, Conrad is currently in a relationship with his longtime-boyfriend, who is he dating? Name of his partner? Grab all details below.

Born on February 17, 1979, in Santa Maria, California, the USA, Ricamora holds an American nationality. His birth name is Conrad Wayne Ricamora. Raised in Air Force bases in the 1980s and ’90s alongside his older brother, Conrad is of mixed ethnicity- his father Ron Ricamora of the US Air Force was of Filipino descent while mother social worker Debbie Bolender has Irish-German ancestry.

Reportedly, the actor's mother left when he was a baby and his older brother was 2 years old. His father later married again.

Conrad grew up in Niceville, Florida, and attended the local school before he enrolled at the Queens University of Charlotte and graduated with a BA. After that, Conrad went to the University of Tennessee, Knoxville, and obtained a Master of Fine Arts degree.

In 2006, Conrad made his acting debut with a brief role in the film Talladega Nights: The Ballad of Ricky Bobby but went to work in stage productions before his return to on-screen venture until the mid-2010s. From 2013 to 2017, Ricamora played  Ninoy Aquino in the off-broadway Here Lies Love, which won him a Theatre World Award.

TV Breakthrough From 'How to Get Away with Murder'

In 2014, Conrad Ricamora landed as the notable cast as Oliver Hampton in the legal thriller series How to Get Away with Murder. There, he worked until 2020, totaling 82 episodes as a recurring cast (Season 1-2) as well as the main cast (Season 3-6). 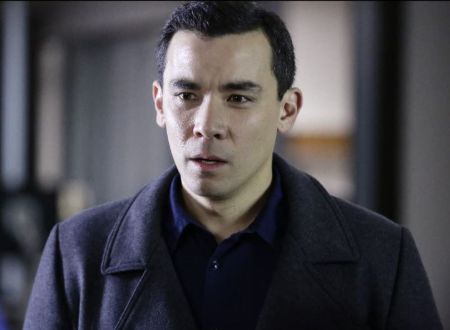 CAPTION: Ricamora got career breakthrough as Oliver Hampton in How to Get Away with Murder SOURCE: IMDB

Having guest-starred in the TV series Mental (2017) & Immaculate (2018), Ricamora portrayed Jack in the critically acclaimed film The Light of the Moon (2017) featuring Stephanie Beatriz and Michael Stahl-David.

In 2020, the American actor voiced Hou Yi in Over the Moon, a computer-animated musical family fantasy film.

How Much Is Net Worth of Conrad Ricamora?

Online sources estimate that Conrad Ricamora has a net worth of $1.3 million as of January 2021. It is evident that Ricamora gathered such a hefty fortune through his acting career that spans over a decade. Along with stage career, the American actor earned a considerable sum through on-screen career- namely through the series How to Get Away with Murder.

Although the Santa Maria-born kept the actual figure of his payroll pretty low, he allegedly earned hundreds of thousands of dollars per episode from How to Get Away with Murder.

Is Openly Gay- Who Is Ricamora Dating?

While at junior high school, Conrad began to recognize his sexual preference. Reportedly, his father never shamed him about being gay; Ricamora's father bought him a barbie doll and Wonder Woman footsie pajamas without any question.

Currently, The Light of the Moon actor enjoys a blissful relationship with his boyfriend named Joshua Cockream. Though, the couple is yet to comment on when and how they began dating.

Despite keeping courtship details under wraps, Conrad and Joshua are not shy to reflect their adoration to each other; they attend red-carpet events together and features each other on their social media.

The duo is yet to get engaged or has revealed any plans for marriage anytime soon.

An avid Instagram user (@conradricamora), Ricamora has over 535K followers as of early 2021.

Did you know? While at 'How To Get Away with Murder', Ricamora had an on-screen gay relationship with Connor Walsh  (portrayed by Jack Falahee), alleging fans if they were an off-screen couple too. Instead, they are good friends and Falahee is actually dating model Ellie Satter.