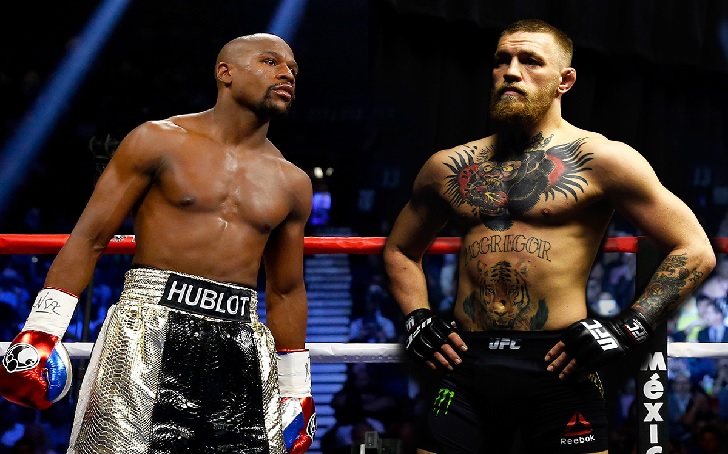 Probably one of the most epic fights in history, if it happens! Millions across the globe are eager to watch the match between the U.F.C champion Conor McGregor and former American professional boxer  Floyd Mayweather.

“The McGregor side is done, I’m starting to work on the Mayweather side now,” the MMA president, Dana White, said in an appearance on TNT’s postgame coverage on Wednesday night.

Let's go get some boxing ones now son. pic.twitter.com/KwBkFriTto

The talented star McGregor officially stated,” It is an honor to sign this record-breaking deal,” to the mixed martial arts site The Mac Life.

He further added,”The first and most important part of this historic contract has now officially been signed off on.Congratulations to all the parties involved.We now await Al Haymon and his boxer’s signature in the coming days.” Haymon is a promoter who works with a talented superstar Mayweather.

Mayweather earlier told ESPN on Wednesday,”As soon as their side communicates with our side, then the fight will happen.”Looking after the fans view Mayweather said,” Every once in a while, there’s this kind of match that everyone wants to see.I embrace it.”

Both the boxing superstars are highly accomplished and have a huge fan following. McGregor, the challenger is 21-3 in mixed martial arts and is the only man in the U.F.C. history to hold two belts continuously.He has got much popularity, especially with Irish and Irish-Americans.

Similarly, Mayweather’s ring record is more impressive: 49-0, including multiple world titles.Mayweather,40, is nominally retired since his last fight in September 2015.But retirement doesn’t always stick with the boxers.

Is there a possibility that this fight may actually happen? The MMA president Dana White says we'll know 'real quick' if the fight happens or not, and apparently, negotiations have already begun. Seems like there is a high possibility, are you ready for one of the most exciting events in 2017? For Conor McGregor and Floyd Mayweather fight date, keep coming back to Article Bio.