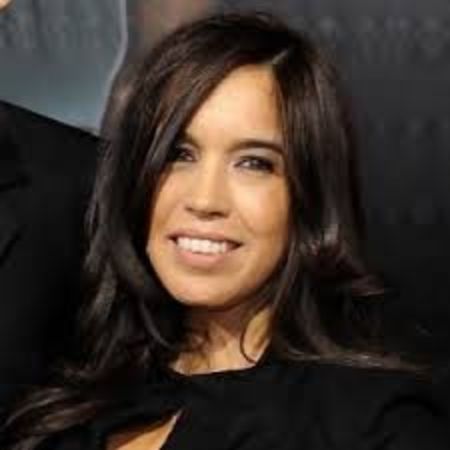 Connie Angland is an American puppeteer and costume artist most known for her work in Men in Black I & II and Planet of Apes. Among people, she is also famous as the wife of Academy Award-nominated actor-director Billy Bob Thornton. She is the sixth wife of Thornton and the mother of their daughter, Bella Thornton. The couple got married in 2014 after dating for 12 years.

How Old Is Connie Angland? Who Are Her Parents?

Her parents divorced when she was young and her mother, Angie Pepper went on to remarry three-time Oscar Award-winning movie sound editor Walter Murch. Murch's most acclaimed works came in films like The English Patient, Apocalypse Now, American Graffiti, The Godfather: Part II, and Julia.

For all her accomplishments behind the scenes in the VFX department of movies, Connie Angland is most known for being the significant other of Academy Award-winning actor-writer-director Billy Bob Thornton.

Thornton and Angland met in 2002 on-set of filming the comedy crime-drama film Bad Santa and began dating shortly after his divorce from Angelina Jolie.

Despite being adamant about not getting married after five previous failed marriages, Thornton tied the knot with Angland after 12 years, on October 22, 2014. Their wedding ceremony was an intimate affair held in the couple's home in Los Angeles, California, in the presence of friends and family.

Has One Daughter with Thorton

Connie became a mother for the first time in September 2004 when she gave birth to her and Thornton's first daughter together, Bella Thornton. 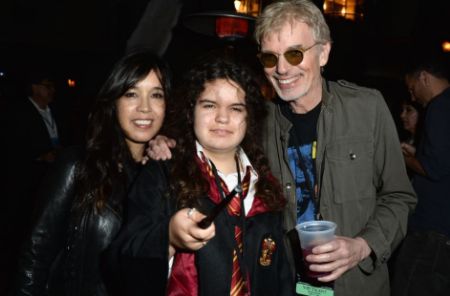 Thornton has three other children from his previous marriages, namely his oldest daughter, Amanda Brumfield,  from his first marriage and his sons William Thornton and Harry James Thornton from his fourth marriage.

She Is A Puppeteer And Costume Designer

When considering who her stepfather and husband are, it is easy to overlook that Connie is in the film industry herself. She is a professional puppeteer and works in the special effects makeup department on movie and television sets and specializes in costume design.

Angland is known for her work in movies like Arachnophobia, Pet Shop,  Phantoms, Stigmata, Big Momma's House, Planet of the Apes, and Men in Black I & II starring Tommy Lee Jones, Will Smith, Rip Torn, and Tony Shalhoub.

Besides that, Angland has had a brief run in front of the camera including an uncredited role in the 2012 drama film, Jayne Mansfield's Car.

What is Connie Angland's Net Worth?

Connie Angland is estimated to have a net worth of approximately $4 million. Her wealth comes from her career as a costume artist, make-up artist, and puppeteer since she turned professional in the 90s. As a crew of the special effects department, she has worked in many acclaimed movies such as:

Since the early 2000s, Connie is not active in on-screen projects, but without a doubt, she enjoys perks of lavishness with such a hefty fortune. Currently, she resides in Los Angeles with the Armageddon actor husband Billy Thornton.

According to Celebrity Net Worth, Thronton with his versatile career as an actor, director-writer as well as a singer has an estimated net worth of $48 million in 2021. Since 2013, he owns a heavily remodeled Brentwood property spanning 3, 600 sq. ft. which cost him $2.7 million. Formerly, with his then-wife Angelina Jolie, Billy owned a $3.7 million worth estate in Beverly Hills but sold the property after divorce for $8 million in 2013.