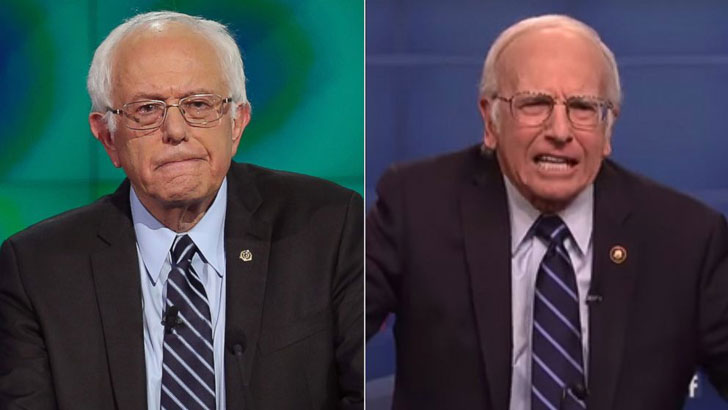 Comedian Larry David has recently said that he is related to the Vermont Senator Bernie Sanders. The famous ''Seinfeld" co-creator David has revealed he is a distant relative of the US-senator during a Television Critics Association panel in Los Angeles on Wednesday.

He reached the Beverly Hills on Wednesday to promote his upcoming HBO series "Curb Your Enthusiasm", where he revealed his resemblance with Sanders.

He's on the line...like a third cousin or something.

I was very happy about that. I figured there was some connection.

Though Larry has been portraying the senator's role in the SNL for a long time, he was unaware that he his somehow his relative, but now, they are familiar with each other as cousins and are pretty happy to know it.

After David knew Sanders is his distant relative, he expressed his happiness as he was very happy to have discovered.  Moreover, they even shared same birthplace, Brooklyn area of the Big Apple.

The Vermont senator and the socialist Bernie Sanders

Larry David's portrayal role in the SNL  also earned him an Emmy nomination and in February 2016, Bernie appeared with Larry on  'Saturday Night Live'.