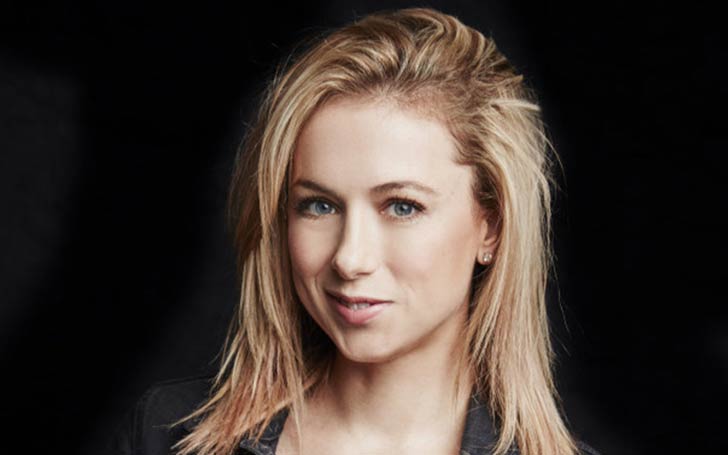 Iliza Shlesinger is an American comedian and the winner of NBC's Last Comic Standing and went on to host the syndicated dating  Excused and the TBS comedy/game show Separation Anxiety. She briefly hosted her own late-night talk show called Truth & Iliza on Freedom

The Girl Logic author joked about her nuptials to Us Weekly as "We're keeping our own last names because Schlesinger-Galuten is a nightmare.'' 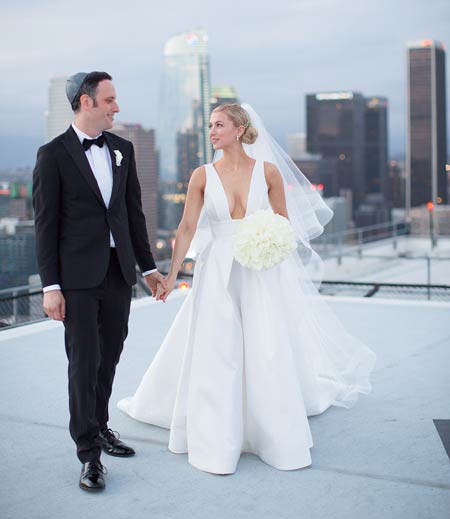 The bride wore a long white Monique Lhuillier dress while Galuten was seen in a traditional black tuxedo accessorized with a black yamaka. The couple exchanged their vows in a private wedding attended by a few numbers of guests including an actress Mayim Bialik and Shlesinger's cousin and Deadbeat creator, Brett Konner.

The Instant Family actress told Us Weekly about her wedding. She told,

So everyone was welcome to try for the airborne flowers in the spirit of competition, because, after all that’s what we’re all told weddings are about, right?

The bride-and-grooms including their guests enjoyed a vegetable-forward menu by Galuten's co-author and fellow worker, Jeremy Fox. The dishes included beets and berries as well as peas and pecorino.

That face!  Congratulations @ilizas & @galuten. Thank you for a truly magical night bursting with love and joy. #foodandfunny #goblingetsmarried

The Last Comic Standing winner, Shlesingmid-2017ngaged to her newlywed husband since mid-2017.