The Bachelor alum, Colton Underwood and his girlfriend, Cassie Randolph, made their first red carpet appearance as a couple in Academy Country of Music Awards 2019. The event took place in Las Vegas at the Grand Garden Arena on Sunday, April 7.

The former football player, Underwood pulled out a disposable camera to snap a pic of his girlfriend as they walked together in the red carpet.  Have a look at the few snaps of the couple in the ACM Award. 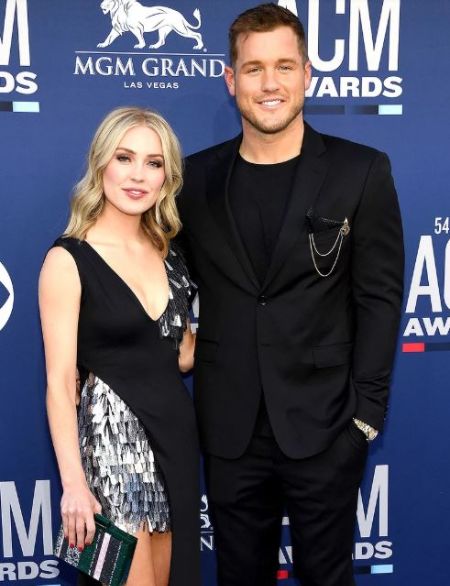 The 27 years old Colton was dressed in an all-black ensemble while his partner Randolph, 23, was in a shimmering black and silver dress that showed off her leg.

On the early day of ACMs on Wednesday, April 3, Colton Underwood tweeted about how his lady looked in her dress with a heart-shaped emoji which he deleted later on.

Later in the same evening, Underwood shared the image of him snapping his lady's picture on Twitter.

I’ll be your professional hype man for the rest of our lives. You’re beautiful ?? pic.twitter.com/0d06mJe4N8

I’ll be your professional hype man for the rest of our lives. You’re beautiful.

The pair made their apperance in public just around a month after they were announced as the winner of The Bachelor of Season finale on March 12. They started to show their love towards each other on their social media just after the show got aired.

Once Colton shared the picture of him shirtless and about to kiss Cassie with a caption stating,

The pair have decided not to get engaged soon due to Randolph’s religious beliefs as per an insider but Randolph moved to LA to stay with his man.

Hope the couple will develop their romance more day by day and get engaged soon!!!