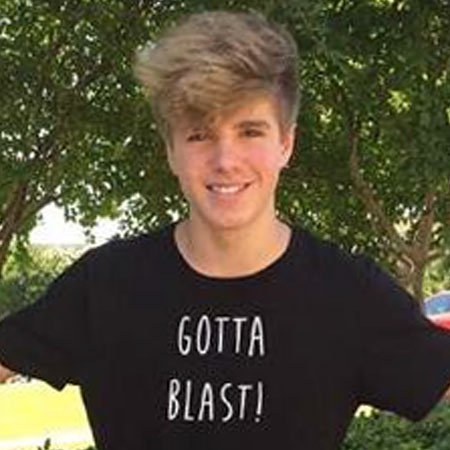 Cole Galotti is a social media influencer who is famous for using Instagram Star and YouNow star where he has thousands of followers.

Who Is Cole Galotti?

Galotti was born and raised in Frisco, Texas, U.S.A. He was born in 2001, March 8, under the birth sign  Pisces, to his American parents. His mother is also YouNow star who has an account under the name "TheColeGalottisMama".He has a sister named Kaylee and a brother named Gage.

Glo up or nahhh?

Galotti was pa s sionate about social sites since his childhood. His ethnicity is North American and holds an American Nationality.

Galotti started his career in social media personality when he was at the age of 13 through his live broadcasting on YouNow. He first uploaded his video titled "Reacting To My Old Videos? (Cringe Warning)"in July 2016. His most-watched video on the channel is Smash Or Pa s s! (celebrity edition).

He expanded his YouNow fame to  Instagram as well. This helped him increase his popularity on a bigger scale.

Moreover, he is also well known for his tweets through his Twitter account, as his account has more than 20,000 followers. Recently, Cole Galotti's mother appeared as a YouNow personality as her account name is "TheColeGalotisMama".

How Much He Earn From Social Media Career?

As per the influencermarketinghub, he makes around $660 - $1,100 per endorsement post.

Is He Dating Anyone Right Now?

The Young American You Now star and a social media personality, Cole Galotti is unmarried as he is just 18 years old.

18 years old American star is currently single and is zoomed in his career rather than spending his time in any sort of relationship.

Besides his personal and love affairs, Galotti loves interacting with his fans. He posts photos with his fans wherever he meets. He also loves spending time with his young sister named Kaylee.

He was born on Thursday, in the winter season in the Chinese year of the snake, whereas his birthstone is Aquamarine. He is also called as the ColesArmy by his fans.