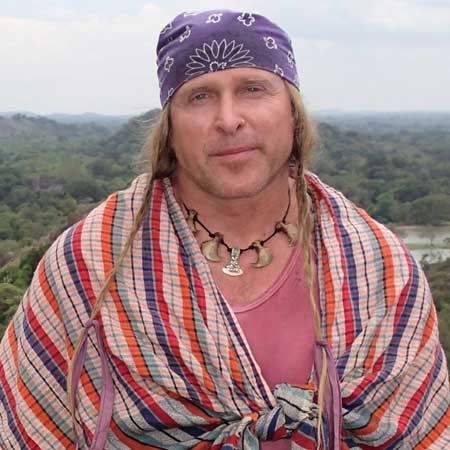 Director and wilderness tutor Cody Lundin is a successful professional survival instructor. He is internationally recognized for his brilliant work for more than 27 years of hands-on teaching experience. Cody Lundin regularly appears on real-world emergencies for national and international news outlets as the consulting expert.

Cody Lundin was born on March 15, 1967, in Prescott, Arizona, US. He is the only child in his family who was raised up in Laramie Wyoming with military family as a pampered child. His father was in the army. He completed his junior high and high school from Laramie Wyoming.

Before Cody Lundin attended college in Prescott, Arizona, he graduated from high school while he lived on the streets, in a commune. After that, he moved to Prescott College and earned a B.A. in Depth Psychology and Holistic Health.

Regarding his ethnicity and nationality, Cody Lundin is a White American.

Cody Lundin set up his Aboriginal Living Skills School in Prescott, Arizona in 1991. He worked as a co-host for a TV series Dual Survival from 2010 to 2014. Before that, he also hosted the Discovery Channel show, Lost in the Wild in 2004.

Due to differences of opinion on matters of safety, Lundin was fired from the Discovery series on February 17, 2014. He uses Mora Classic 1 knife on Dual Survival.

Moving towards his personal life, 50 years old Cody Lundin is yet to be married. He has kept his personal matters confidential to social media. He also hasn’t mentioned any information regarding his dating and girlfriend in any of the social networks.

Being a survival instructor, Cody Lundin is devoted to his professional life and building his glorious career. Thus, he is usually busy with works that can help him uplift his career rather than being involved in a relationship.

According to Fox News, Cody Lundin once claimed his co-host Joe Teti tried to kill him. Moreover, his suit also claimed that he threatened to kill him while he was shooting the Discovery show.

Cody Lundin also said that he warned to impale him with a spear during the time of shooting in Hawaii. The reality TV personality resides off-the-grid in a self-designed, passive solar earth house.

Cody Lundin has made a whopping amount of net worth from his various works, which is appraised to be more than $1.5 million. Besides, he is also the best-selling author of two books on survival and preparedness: 98.6 Degrees(2003)  and When All Hell Breaks Loose(2006).

Cody  Lundin stands at the height of 6 feet 2 inches and weight is 87 kg.

Also Read, How Much Is Investigation Discovery Anchor Paula Zahn's Net Worth- Salary, Career and Other Property