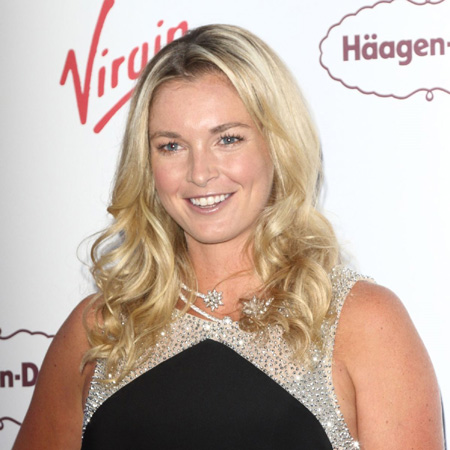 A professional American tennis player, CoCo Vandeweghe is best known for her quick and aggressive playing style. In 2017, she reached the 15th position in the best tennis player. She began her tennis career since her early days.

CoCo Vandeweghe was born as Colleen Vandeweghe on December 6, 1991, in New York, the US to Tauna Vandeweghe, an Olympic swimmer, and Robert Mullarkey. She belongs to the family of champions as her grandmother is Miss America 1952 and her uncles were renowned players.

She was raised with his brother, Beau who influences her to play tennis. Coco belongs to White ethnicity and holds an American nationality. She started playing racket since the age of 11.

Coco began her professional career in 2006 at the Acura Classic, but she lost the game. However, in 2008 she won the  Junior US Open championship. Later she was invited by Hong Kong Tennis Patrons' Association to play the JB Group Classic.

In 2009, she gained the wildcard for qualifying at the US open reached into the top 200 on the WTA list and qualified for the Mercury Insurance Open.

In 2014, Vandeweghe won her first WTA title and ended the year with the 39th position. 2015 was a lucky year for her because she steadily won almost every match. Coco achieved her first Grand Slam semifinals in doubles along with  Anna-Lena Grönefeld at the US Open.

She made her First WTA doubles title and second WTA singles title in 2016. In 2017, Coco achieved her grand slam semifinals, and she seeded the 20th rank at the US open.

She also represents the United States at the 2017 Hopman Cup. Coco played for the seven season in the World TeamTennis pro league. Previously, she played for the Sacramento Capitals in 2009 and 2012, the Boston Lobsters in 2010 and 2011, and the Orange County Breakers in 2013.

Coco Vandeweghe is possibly single at the moment which means she isn't married, nor she has a husband. She is very busy in building her career and dedicated towards tennis, so she prefers to maintain her focus towards her career rather than being involved in a relationship.

Once she was rumored to be lesbian, but the rumors ended with time. Priorly,  she hasn't been linked up with any man, so she has no rumor affairs.

Coco is a family girl, and she loves to spend her off time with her family at the beach, and she prefers to call herself a "total California girl." She has a good bonding with American players, Madison Keys, Irina Falconi and Shelby Rogers.

Coco is one of the highest paid female racket players. Her monthly salary is $447,900, and her net worth is estimated around $1,824,908. While some online sources have mentioned the figure, no official confirmation has come has been made. Her market value is quite impressive as she gets an enormous amount for her games.