Clytie Lane is an English actress. She is best known for portraying the character of Cheryl in the comedy-romance film, Coffee Date in 2006. Besides that, Clytie is also famous for being the wife of Nicholas King Nolte, aka Nick Nolte, who is an American actor, producer, author, and former model.

Lane was born and raised in the United Kingdom. As per her nationality, she is British and belongs to the White ethnicity.

Lane is married to actor Nick Nolte. This is Lane's first marriage while the fourth for actor Nolte. The pair exchanged their wedding vows on 8th September 2016. The Coffee Date actress and Nick started dating after just months of their friendship in 2003. 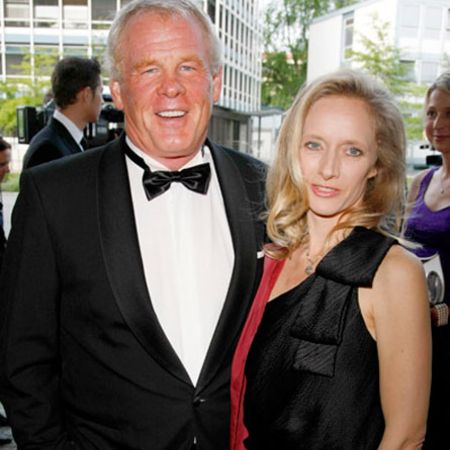 The duo welcomed their first child named Sophie Lane Nolte on October 3rd, 2007, around four years after they started dating. The beautiful girl, Sophie, is currently 12 years old as of November 2019.

Her husband, Nick, was previously married to Rebecca Linger. The lovebirds got married in 1984 and welcomed a son, Brawley Nolte. Unfortunately, the couple's love life couldn't last long as they divorced in 1994.

Before Linger, he was married twice. He tied the knot with his first wife, Sheila Page in 1966, but they divorced just four years of married life in 1970. Following his first divorce, Nick married Sharya Haddad in 1978 and got divorced in 1983. He doesn't have any children from his first two marriages.

According to IMDb, actress Lane has only worked on one project called Coffee Date in 2006, which has acc u mulated box office of $4,412. After that, she has not yet appeared in any projects so far. She is famous for being the wife of Nick Nolte rather than for her own career path.

Clytie Lane's net worth is not known as of 2021, however, she definitely enjoys her husband Nolte's impressive net worth of $75 million. The Golden Globe Award winner and the Academy Awards nominated actor Nick is acting for over four decades.

Clytie Lane only has one acting credit under her belt. She played the role of Cheryl in the Stewart Wade-directed film. The movie starred Jonathan Bray, Jonathan Silverman, and Wilson Cruz. The film went on to win a number of awards including the Sedona International Film Festival Award.

She hasn't made any other appearance after her first work. However, her husband Nick is a prominent figure in show business. Nick recently portrayed the character of Clay Banning in the American action thriller film Angel Has Fallen starring Morgan Freeman and Jada Pinkett Smith.

Born and raised in Omaha, Nebraska, Nolte first started his career as a model back in the late 1960s and early 1970s. In fact, he was named the Sexiest Man Alive by People magazine in 1992.

Later, he started his acting journey in the television miniseries Rich Man, Poor Man, which was based on Irwin Shaw's 1970 best-selling novel. He got his first international fame following his role in the 1991 film The Prince of Tides for which he received a nomination for the Academy Award for Best Actor and won the Golden Globe Award for Best Actor – Motion Picture Drama. 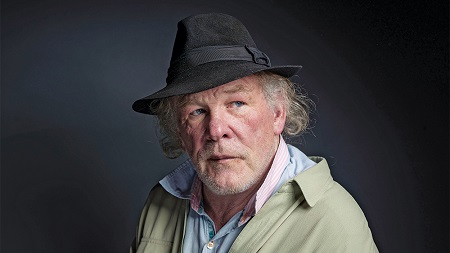 He also earned two Oscar nominations for movies Affliction (1998) and Warrior (2011). Some of his other notable projects include Down and Out in Beverly Hills, The Thin Red Line, Hotel Rwanda, A Walk in the Woods, and Angel Has Fallen.

Also known for his "bad-boy reputation" Nick has admitted to struggling with substance abuse for "the majority of his adult life". In the 2018 interview, the actor revealed that "he did not have a drug problem and that he had been relatively clean outside of prescription stuff for years"