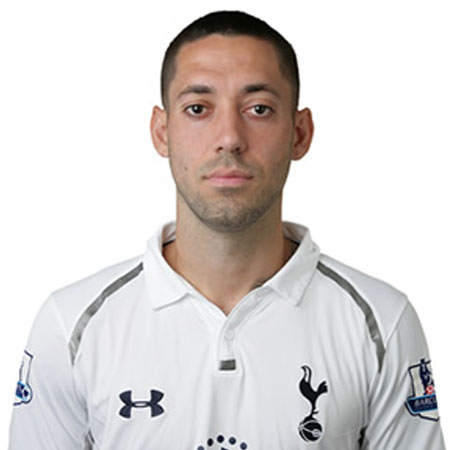 An American soccer player, Clinton Drew “Clint” Dempsey, known as Clint Dempsey, was born in the year 1983 March 9 at Nacogdoches, Texas, USA. He is the Captain of United States Men’s National Soccer Team. He is 31 years old having height of 181 cm and has the body weight of 77 Kg. He was born and brought up in United States. He made his professional debut in the year 2004. According to the Salary statistics of 2013, his Salary is reported to be 8 million US Dollars. His Current Net Worth is 7 million Euros. James Grant Sports Management is the name of his agent. He is a married man. Bethany Keegan Dempsey is the name of his spouse. He is the proud father of three children, two daughters and a son named Elyse, Sophia and Jackson. He is a Christian by faith.

Clint Dempsey spent much of his childhood with his family living in a trailer park where he and his Siblings used to Play Soccer with the local accompanies or whoever is interested. Clint started his youth career joining at Dallas Texans in the year 1998. He remained in the team until 2001 making the move to Furman Paladins. As a youth, he developed his skills playing and being trained at these clubs which finally led him to debut his professional career in the year 2004 from English side New England Revolution Football Club. He spent two years at this club appearing in 71 matched bagging 25 goals. In 2007, Clint Dempsey was transferred to Fulham by New England Revolution signing 5 years contract. He has appeared in 184 matches from the team with 50 prominent goals.

After the end of contract with Fulham, he joined at Tottenham Hotspur. He spent a season with this club appearing in 29 matches with 7 goals. In 2013, Clint Dempsey signed the four year contract with Seattle Sounders FC. He is in the Current Team of Seattle Sounders as a Forward from squad No.2. He has appeared in 16 matches with 9 goals from the team so far. In 2014, Dempsey was transferred to Fulham on loan for the brief time where he appeared in 5 matches. Clint Dempsey is playing in the first team of United States Men’s National Soccer Team since 2004 continuously. He has appeared in 105 cap matches from this team with 37 goal scores. He is playing as a Forward from the team wearing jersey No.8. He is the Captain of the Team. He has the experience of playing in United States under 20 National Soccer Team in the year 2002-2003.

Clint Dempsey is a versatile and talented Soccer player who prefers his right foot while playing in the soccer field but performs well from his weak foot as well. He is very strong and energetic. He gives the very powerful shots. He has the ability to score from long distance. He is skilled at marking. He is known for his toughness and resilience. He has good control on the ball with perfect dribbling techniques but he often meets the fouls as the opponents try to tackle the ball. He has gained the reputation for his fierce play which on several occasions led to violent conduct. He is good at aerial duels. He is skilled at headers with accuracy. He likes to play in short passes and give long shots. However, diving into tackles is not his cake.  He posses good positioning and vision.